Melbourne-based internet provider Activ8me has been taken to court again by the Australian consumer watchdog for allegedly misleading customers in their advertisements. 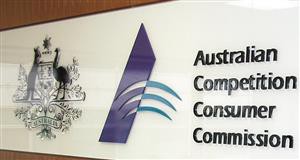 Back in March, Activ8me paid a penalty after the ACCC issued an infringement notice for falsely stating that they were endorsed by ACCC.

It appears that they did not learn their lesson as it is again under fire for allegedly breaching Australian Consumer Law when it made false or misleading claims in advertisements.

The advertisements in question are three direct mail advertisements and five online banner ads marketing its Opticomm FTTP packages between June and October 2018.

Opticomm is not included in the proceedings.

“Activ8me sent thousands of advertisements with allegedly false or misleading claims about the speed, data limits and costs of its internet services,” said Delia Rickard.

Activ8me also informed customers that they would enjoy unlimited data when in actual fact, the internet provider could suspend access or increase costs for any data use it deemed ‘unreasonable’.

According to a release from the ACCC, they are seeking “declarations, injunctions, pecuniary penalties, a corrective notice, consumer redress, a compliance program and costs”.