The head of British intelligence Alex Younger has warned of a growing security threat from Chinese phone giant Huawei in a speech at St Andrews University, Scotland.

Younger’s speech comes after numerous allied countries, including Australia, the US, and New Zealand, have banned the Chinese company from launching a 5G network citing cyber security concerns.

According to Younger, the arrival of 5G networks would make it more difficult for intelligence agencies, like MI6, to monitor Huawei’ technology, some of which is already in use in UK’s telecoms network which is tested by British secret services.

Younger stated that the UK will have “some decisions” to make in light of their allies’ decisions. 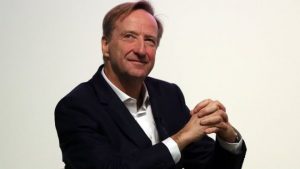 “We need to decide the extent to which we are going to be comfortable with Chinese ownership of these technologies and these platforms in an environment where some of our allies have taken a very definite position,” he said.

He added that the Chinese government’s approach to data protection means “they are able to use and manipulate data sets on a scale that we can only dream of.”

However, that hasn’t impacted Huawei’s popularity with the company beating out Apple for the world’s second most popular phone, behind Samsung.