CES and the Consumer Technology Association (CTA) have announced their annual Best of Innovation award honourees ahead of the 50th anniversary of the consumer electronics show in January next year.

The awards honour outstanding product design and engineering across 28 different product categories. Products that meet the judging requirements of CES are designated honourees, while the best product in each category is given the Best of Innovation award.

“These outstanding products exemplify the power and promise of the global consumer tech industry to produce breakthrough products and services that improve our lives and better our world,” said SVP of CES and corporate business strategy at CTA Karen Chupka.

Lenovo received the greatest number of Best of Innovation awards this year, with three products designated the best in their category.

The Phab 2 Pro, the first smartphone to include Google’s Tango technology for augmented reality gaming and utilities, took out the Best of Innovation award in the wireless handsets category.

Lenovo also won the award in the tablets, e-readers and mobile computing category with the Yoga Book (Android), while the company’s subsidiary Motorola Mobility received the award for wireless handset accessories with Moto Mods.

The Spectre 13 laptop from HP beat out a range of other products in the computer hardware and components category. Acer’s ultrawide curved gaming monitor, the Predator Z301CT, and Netgear’s Nighthawk X10 R9000 Smart Wi-Fi router both received the award for computer peripherals.

“Product innovation is our core mission so we’re thrilled to be recognised again by the CTA for this focus,” said Netgear’s SVP of home networking products David Henry.

Innovative technology from Bosch won the award for in-vehicle audio/video, while the best home appliance award was given to the 360 Smart Bed from Sleep Number.

Brands with less recognition also took out some of the prestigious awards. A Smart Remote from French company Sevenhugs that allows users to simply point at linked devices to control them was deemed the best smart home product by CES, along with a laser measuring tool called Cubit from NWi.

A paper airplane drone that can be controlled using VR from POWERUP TOYS was given the award in the drones and unmanned systems. China’s largest smart projector producer XGIMI managed to beat products from Roku and Belkin to win the award in the portable media players and accessories category with the Z4 Aurora Screenless TV. The smart projector was launched by the company on Indiegogo earlier this year.

No outright winner in the portable power category was announced, but Belkin’s Valet Charger Power Pack capable of charging both the Apple Watch and iPhone at the same time received a honouree award.

LG received 21 Innovation Awards across their product range, with CES honouring the company’s OLED TV range for the fifth year. The Signature OLED TV range received its second consecutive award, while the V20 and G5 smartphone were also given recognition.

For the 50th year of CES, 37 companies that have exhibited for more than 40 years in the history of CES will be recognised. Panasonic will receive special recognition for their attendance at every CES show.

All honourees will be on show in the Innovation Awards Showcase at CES 2017, held from January 5-8 next year. 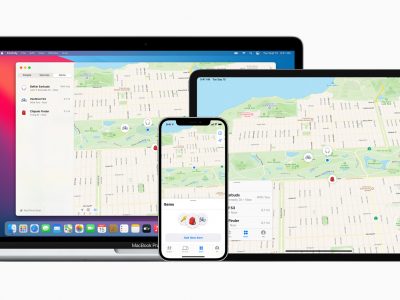