Thredbo is awash with snow with the Bureau of Meteorology tipping big dumps for the weekend, this will allow SmartHouse to test some of the latest technology on the slopes including the new 360fly camera and two new drones.

There is even a new generation of technologically advanced clothing that allow ski jackets and pants to breath while delivering all round waterproofing and comfort.

The operators of Thredbo are also using new RF technology to speed up line queues so that you can get on a chair and up the mountain quicker.

RFID or (radio frequency identification) does away with the zipper tickets you’re used to wearing on the slopes. Thredbo visitors can keep RFID tickets in their pockets and move through the gates hands-free as scanners read the tickets through clothing. The operator can also match up a face to know that the ticket is legitimate.

If you dive into the Ski shop at Thredbo one of the brands that you will see a lot of is Rossignol.

This is one of the most popular ski brands in the world. Right at the bottom of the mountain is a Rossignol ski shop where you can test some of the latest technology now available in Ski’s.

One of their new Ski’s is the Xperience 80. This is a value for money ski and while it’s not cheap it does deliver exceptional value.

Ski Magazine described them as versatile and although pitched at an intermediate skier who is learning the art of carving a turn on groomed slopes, they would also handle a more advanced skier who’s going to push them quite a bit harder – both on and off-piste.

For a ski that’s so easy to turn, they hold a remarkable edge on hard packed snow. They are fun to ski on and lively too – making both long and short radius turns a breeze. They won’t ski for you but providing you do the right things, they happily oblige.

At higher speeds they don’t start getting too grumpy either. This is in part due to the Paulownia wood core that provides a solid feel to the ski. In powder snow, they handle very nicely, especially at lower speeds – try getting too flashy and they show their limitations, but for someone who’s keen to get into variable and off-piste terrain then they are ideal.

Robert Earl “Bob” Smith came up with the double-lens goggles in the 1960s and patented his invention. Today it is now the industry standard.

I use the Smith’s Vantage helmet as well their Ski Goggles, the helmet has Koroyd inserts from the top that look like a honeycomb with circular, not hexagonal, shaped cylinders.

The high-tech material is made of lightweight, eco-friendly polymer extruded tubes thermally welded together to form a strong layer of protection that also allows for good air flow.

This helmet also has the BOA FS360 fit system (with a 360-degree halo design), which helps you achieve a “custom” fit.

I have skied with this helmet in Vail, Thredbo and Corvora in Italy in some very extreme conditions and I found it very comfortable.

For 2016, Smith has added new colours and a MIPS version, which delivers increased protection. In a MIPS Brain Protection System, the shell and liner are separated by a low friction layer that “allows the helmet to move where the head is going.

The Helmet retails for around $379.

The Piq sensor and charging unit fit in your hand The Piq sensor snaps under the spring steel clamp of the charger Slick looking and low profile you may not notice the Piq sensor when you’ve got it attached to your body.

Surprisingly small, at just 44 x 38.3 x 5.4 mm (1.7 x 1.5 x 0.21 inches, the largest component of the three-piece setup is the AA-Battery sized charging unit that plugs directly into a computer’s USB port.
When not in use, the Piq sensor snaps under the spring steel clamp of the charger, making a quick recharge on the slopes or during lunch super convenient.

They jumped, straight-lined it to over 112 km/h and in general they thrashed it.

The Piq never budged. It’s so small, so light and so secure, that users forget they have it on.

While on the snow, the Piq sensor tracks and reports back the following stats:

Speed
Airtime
Rotation in the air
G-force at landing
G-force through a turn
Edge-to-edge transition time
Carving degree (ski angulation in a turn)
Vertical meters/feet skied
Time skiing (vs standing or riding the chair, etc.)
Total runs
Total motions (number of turns and jumps during the session)
Turns per minute while skiing

The App
To access the data stored on the Piq sensor requires the free iOS or Android companion app. Connection between smartphone and sensor is via Bluetooth 4.0. The app does not bring in the data in real time, but rather syncs your sessions on demand when you trigger that function within the app.

Later this week we will test the brand new 360Fly camera at Thredbo. This is the new 4K Ultra High Definition camera. Attached to a helmet this camera allows one to shoot what’s in front and behind at the same time and then play it back via a pair of VR goggles.

Unlike more expensive 360-degree cameras that cost upward of $15K the $800 360fly relies on a single extreme fish-eye lens which points straight up but can see out to the sides delivering 240-degrees viewing on top and out the sides.

We are also going to fly a couple of Drones especially the Solo 3DR. These drones are now capable of tracking a skier down the mountain using GPS tracking between a smartphone in a pocket and the drone. 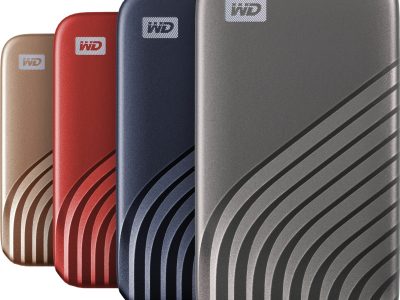 Western Digital Launch New ‘My Passport SSD’ Up To 2TB