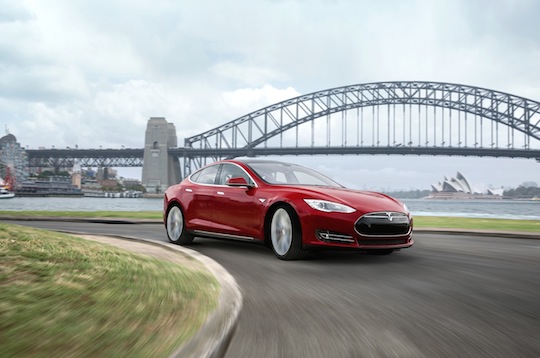 In what the electric vehicle lobby has called a Tesla army, the Elon Musk-founded EV maker shipped an estimated 1500 Model 3 electric sedans to Australia during May.

Tesla has followed that up with the largest-ever Australian shipment of the vehicles, which arrived last week in Port Kembla, southern NSW.

The shipments are shaping up as a record-shattering quarter for the EV maker and Australian electric vehicles in general. It could propel EVs to a record two percent share of the new car sales-market.

By the end of June, Tesla will have delivered an estimated 5000 electric vehicles to customers in 2021.

With an estimated 10,000 vehicles already shipped locally, it means there has been a 50 percent increase in Tesla sales during the first half of this year alone.

Volvo Wants Its Driverless Car On The Road Next Year

Apple Closes In On US$3 Trillion Valuation