Review: HTC Hit Low And Fast With U Play

While HTC did position their U Ultra as the premium tier of their new mobile offering, there’s a case to be made that the U Play is the more solid product. On paper, it might lack some of the fancy additions that sit at the front and center of the U Ultra proposition. However, in reality, this is a leaner and cleaner incarnation of all the aspects of the U Ultra that do work. HTC have more-or-less stuck to what works here and the U Play is all the better for it.

Taken on its own merits, the U Play is a pretty solid little package of a smartphone. Specwise, it’s got a MediaTek Helio P10 octacore processor and 3GBs of RAM. This keeps things chugging along nicely, even if it lacks the snap factor of the U Ultra. During our time with it, we found the U Play was a handset that proved capable of most use-cases – albeit it sluggishly if multitasking got out of hand.

However, that performance does come with a cost when it comes to battery life. While my dissatisfaction with this aspect of the handset was probably in part due to me coming off the abnormally high charge-life of the Moto Z Play, it is still fair to call it one of the phone’s weaknesses. It remained a small but ever-present source of irritation during my time with the handset, even if is somewhat-eased by the U Play’s fast-charge capabilities.

In terms of the camera, the U Play makes for a pretty close counterpart to the U Ultra. It can’t shoot 4K but it’s gets surprisingly close thanks to a 16-megapixel sensor and advanced laser focus and optical image stabilization tech. All told, it’s not quite packing the best smartphone camera you can find but it’s pretty damn close and good value for the asking price.

HTC’s latest effort echoes the U Ultra on the design front as well. The U Play embodies that same metallic liquid surface form-factor found in its comrade.Though, oddly, it actually works a little bit better with a 5.2-inch display. While I did still encounter some small issues with heat build-up during lengthy downloads, the device didn’t feel nearly as jittery as the U Ultra.

The aesthetic caveats tied to the liquid surface body also remain. Like the U Ultra, you’re torn between either letting the slick backside of the device gather smudges or attach the clip-on case and watch the scratches build up. Either way, it still feels like the device wears much faster than it should.

At the end of the day, this is a smartphone that’s difficult to evaluate without referencing or comparing it to its partner-in-crime. For better or worse, it feels easiest to define the U Play through contrast – and the biggest omission here comes in the form of the secondary ‘ticker’ display. However, even after spending a considerable amount of time using the Ultra, this absence was barely felt in any meaningful way beyond the $400 difference it makes to the price-tag.

With that in mind, the U Play is a much, much easier device to recommend than the U Ultra. Performance can occasionally leave a little to be desired and the Sense Companion still doesn’t do quite enough to justify the trade-off in privacy but the U Play is still a pretty solid buy overall. There are certainly a few imperfections to be found but they’re much more forgivable at the lower price-point. When it comes to Android smartphones, it doesn’t shine the bright but it does still shines.

The HTC U Play arrives at an RRP of $799 outright through JB Hi-Fi and Harvey-Norman or through a plan via Vodafone.

HTC, HTC U, HTC U Play, U Brand, U Play, U Smartphones, U Ultra
You may also like 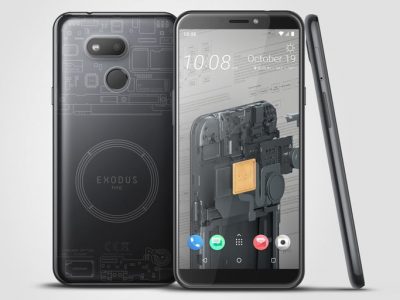 HTC Wants Another Crack At Smartphones After CEO Dumped