The COVID-19 pandemic has simultaneously driven Australia’s consumption of media and led to advertisers slashing marketing budgets. New figures from The Trade Desk found that video viewing increased by 47% in March. In addition, there was a 129% increase in viewership on smart television, a 64% jump on laptop and PCs, and a 32% on mobile device platforms.

However, as these expanding audiences have not translated into revenue, broadcasters have had to embark upon harsh cost-saving measures.

“Commercial broadcasters are experiencing tectonic forces pulling in opposite directions – record numbers of viewers tuning in to a trusted free service and at the same time a huge hit to their ability to pay for the content viewers value so highly,” Bridget Fair, CEO of Free TV Australia, told The Australian.

By comparison, multinational streaming company Netflix has said that they already had a large amount of content in the production pipeline that they can draw upon.

According to TV Blackbox, 10 people were made redundant from Nine’s top TV news and current affairs programs last week, as Nine looks to cut its news budget by $10 million. TV Blackbox stated cost-cutting measures will also look at reducing operational costs rather than just laying people off. “For example, we can expect to see more Skype crosses even after the pandemic lockdown has passed and travel will be pulled back,” TV Blackbox said. It is a similar story for the country’s publishing companies. People are also consuming more news, on both digital and print forms, with 92% of Australians aged 14+ reading news content in the first quarter of the year. However, media firms have had to make significant staff cuts during the COVID-19 pandemic as advertising revenue dries up.

For example, News Corp’s leading platform news.com.au reached 11.6m million Australians aged 14+ in March alone. “News Corp is an Australian success story and this is apparent when considering the broad reach of its leading mastheads in the March quarter,” Michele Levine, CEO of Roy Morgan, said. “News Corp has five mastheads with 4 week cross-platform audiences in an average four weeks of over 1 million.”

Nevertheless, the advertising revenue of News Corp’s news and information services declined by 14% year-on-year in Q3 FY20, and the company’s total revenues were down 8%.

“Australians are increasingly consuming their favourite magazines via digital channels such as Bauer Media’s ‘Now to Love’ online hub, which integrates several leading titles under one easy to remember banner and has attracted an average four week audience of over 2.7 million Australians in the March quarter,” Levine said.

In an attempt to boost the revenues of Australia’s media companies during the COVID-19 crisis, the ACCC has pushed forward its development of a mandatory code of conduct that would see tech giants like Google and Facebook pay local media companies for content.

“The ACCC’s own estimates show that for every $100 spent within Australia’s digital advertising space, $68 is funnelled into the pockets of Google and Facebook, with very little returned for use of domestic content,” Fair said.

The ACCC aims to have a finalised mandatory code of conduct in November 2020. 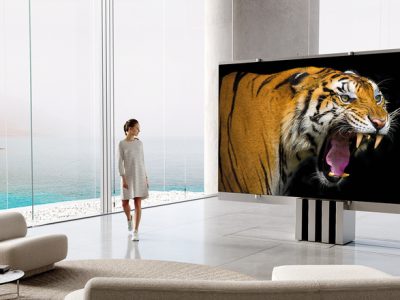