Google & Amazon Square Up At CES For Brutal Voice Battle

One of the biggest battles at CES 2018 is set to be between Amazon and Google with both wanting to own the voice activation market.

The Las Vegas monorail is already wrapped in “Hey Google” messaging and they have taken a dominant position with a big outdoor CES booth.

Amazon will have its own booth for Alexa at CES this year, and it’s promising “exciting new products along with hundreds of vendors who have chosen to develop products based on Amazon voice technology. We have already got announcements that the voice assistant is coming to Hisense televisions, Garmin’s automotive infotainment platform, and even an Alexa-enabled bathroom mirror from Kohler who have a big presence in Australia.

The Alexa-enabled mirror, the Kohler Konnect-Verdera Voice Lighted Mirror, will be available for purchase in March. However, Kohler says it will also offer connected bathroom products featuring Google Assistant and Apple HomeKit technologies in the future — an implicit nod to the fact that the competition in the voice technology and smart home market is still wide open.

Microsoft who is used to playing second fiddle to other big brands in the consumer market is trying to spruik Cortana primarily through industry partnerships. Microsoft pulled out of having a booth at CES several years ago.

Apple, which competes in the smart home through its Siri voice assistant and HomeKit platform, is a perennial no-show at CES.

By the end of this week’s show we should have a better sense for whether Amazon will extend its lead or if Google Assistant will make serious inroads against Alexa in the coming year.

Amazon Alexa, CES 2018, Google Voice
You may also like 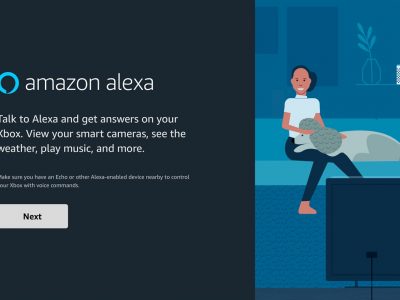