In an extraordinary move, the British Parliament has used its legal powers to seize internal Facebook documents ahead of an unprecedented international committee meeting this week. The meeting will probe the social media giant about the fake-news crisis and data-misuse scandals.

The seized cache of documents allegedly contains significant revelations about Facebook decisions on data and privacy controls that led to the Cambridge Analytica scandal.

They include confidential e-mails between senior executives and correspondence with CEO Mark Zuckerberg.

The documents were seized from Jason Bartlett, founder of US software company Six4Three, during a business trip to London. Bartlett obtained the documents after Six4Three took action against Facebook over a US$250,000 investment in an app. 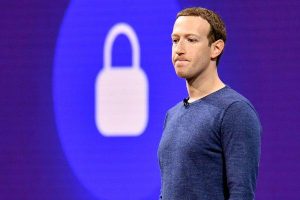 The move follows growing frustration among governments at the repeated refusal by Zuckerberg to answer lawmakers’ questions.

Richard Allan, VP for policy, will testify at this week’s special session after Zuckerberg declined to attend.

Also not attending what will clearly be a rare insight into how Facebook works, is the Australian Government, which is a member of the committee.

They bowed out, declaring the trip too far to travel. – Chris Castellari and wire services

Optus Teams Up With McAfee For Wi-Fi Security

AFP Warning: 2021 Will Be Year Of The Cybercriminal