Home > Communication > Oppo Gets Another Dumping Over Dodgy Numbers Claim

Oppo Gets Another Dumping Over Dodgy Numbers Claim TCL – whose mobile division currently trades in Australia as Alcatel – has corroborated their sales numbers to ChannelNews, after calling out Oppo for peddling “fictitious” data, laying claim to their dominance as the country’s third largest smartphone seller. 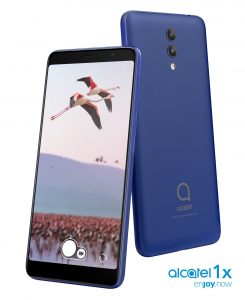 “As disappointing as it is to hear our competitors claim the space we have rightfully earned, it is perhaps more disappointing to see so many of these claims simply go unchallenged from the industry bodies, market research groups, analyst reports and often those in the media who take such statements as fact.”

“I challenge the top 10 brands to agree to an independent, confidential audit of their financials”

“I will be contacting my counterparts over the next week or so and will happily publish who is willing to show their results to an independent auditor and those that refuse.”

Including co-branded devices with Telstra and Optus, the company asserts it shipped close to one million devices in Australia last year.

Locally, Alcatel sells budget-friendly smartphones which pledge features seen on mid-range to flagship devices. The phones are sold from retailers such as Officeworks, Big W and Woolworths.

IDC figures claim to reveal the ‘true state’ of Australia’s smartphone industry, reflecting sell-in of unit volumes according to each company’s input to the intelligence firm.

The data is voluntarily provided by brands, however, Skontos claims other smaller studies continue to “muddy the waters.”

“In the last few months alone we have seen more than a few attempts by our competitors to peddle false information in the market,” he remarks.

“Despite this being a high profile industry given everyone’s fascination with their mobile devices, it is also an industry that has allowed misleading information, hyperbole and plain falsehoods to go unchecked for a long time now”

“I also simply ask that when any sweeping statements get raised by companies in this space, they are appropriately challenged and vetted, as we are doing today by backing up our statements with the only accurate snapshot of the industry.”

The event is used by some of the world’s largest smartphone brands to showcase upcoming releases.

Foxtel In A Unique Position As Netflix Value Tumbles $76 Billion
Latest News
//
David Richards
/
Comments are Off
As Foxtel continues to grow subscribers, due to their multimillion-dollar investment in sport and their Kayo app, archrival Netflix is... Read More