Australian management from Chinese smartphone maker Oppo, who appear to be seriously concerned that their smartphones are being seen as a security risk have now been accused of peddling “fictitious” information about the sucess of the brand in Australia.

Local Managing Director Michael Tran who recently moved to try and mitigate rising concern over Oppo devices being a security risk similar to arch rival Huawei has been told to “open his books” to an independent audit after the Financial Review reported that Oppo was now the #3 smartphone brand in Australia.

Sam Skontos the CEO of Alcatel “There is no way that Oppo is the third largest provider of smartphones in Australia. This is pure fiction but unfortunately something we have got used to hearing from a range of brands who continue to raise such claims without any substantiation”.

Both GFK and IDC have Alcatel as the #3 smartphone brand in Australia a view that is supported by Telstra who last year awarded Alcatel the contract to replace ZTE as their Telstra house brand supplier.

ZTE was dropped after the US and Australian Governments raised security concerns over ZTE handsets.

Now Oppo been unable to guarantee that information on their devices is not being sent back to Chinese servers which the Beijing Government may, or may not have access to.

Tran told the Financial Review that consumers can trust Oppo with their data but in the same interview virtually said that Oppo was basically powerless to stop Chinese Government officials from accessing Chinese servers where the information is stored if demands were made by Chinese security services.

The issue follows accusations of espionage against fellow Chinese electronics maker Huawei and controversy over concerns the Chinese government can order companies to hand over information.

Oppo is a subsidiary of BBK Electronic Corporation and a key competitor to Huawei.

Skontos has challenged this claiming this is “simply not true” he said.

– “If Oppo are convinced that their claims are accurate I challenge them to allow an independent auditor to examine their sales. Alcatel is prepared to do the same and then we can really find who is the number three smartphone provider. It is a challenge I extend to other companies who similarly enjoy being so flippant with claims such as this”.

“Both GFK and IDC have Alcatel at #3 and since we last supplied numbers, we have significantly expanded sales in Australia and today we are close to reaching a million units. We are working with all the major carriers and we are expanding our presence with mass retailers”.

The Financial Review said that Oppo does not make 5G equipment and currently is not affected by the ban. However, it remains subject to the Beijing’s potential demands, and as a smartphone manufacturer has intimate access to customers’ data.

Asked whether the company would hand over data to China if required, Mr Tran did not have an official response.

When pushed on the issue of security surrounding an Oppo smartphone Tan who despite being the CEO of OPPO Australia said: “I can only speak for myself” … our stance would be we’re not going to provide that. We’re not going to give that information out.”

Neither Tan or the Company via later statements were unable to categorically address the question of how Oppo would respond to a demand for data from the Communist Chinese Government who openly spy on their own nationals let alone foreign nationals buying a Chinese phone linked directly with Chinese servers. 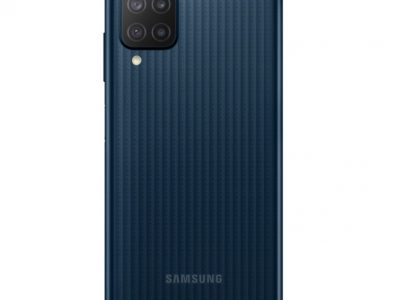 Is Samsung Set To Us Galaxy M12 To Fend Off Cheap Chinese Smartphones?