If you’re having a bad hair day and don’t know who to blame there is always the bus driver or the tax man. In the case of the latest global cyber attack, dubbed Petya, it appears the tax man might indeed be the culprit.

Fingers are increasingly pointing to a piece of Ukrainian tax-filing software, MEDoc, as the source of the infection.

A growing number of security experts are claiming to be in possesion of logs that reveal MEDoc as the source, with Microsoft estimating 12,000 computer networks have been affected so far.

MEDoc denies it is to blame, but has analysed how the infection took hold on Windows machines and also points the finger at accounting software.

The ransomware has now infected 64 countries, including Australia, with the cost to industry and governments estimated to be more than the US$8 billion caused by the earlier Wannacry attack.

Ukraine has been hit hardest, suggesting the attack might be politically motivated.

The latest attacks have led to a global hiring frenzy, with employers reportedly grabbing IT students from around the country, in many cases even before they graduate.

Even before the ransomware attacks, government departments, corporations and businesses in Australia had been tackling a global shortage of cyber security professionals.

A Telstra survey earlier this month found almost 60 percent of businesses experienced at least one disruptive security breach a month in 2016, compared to just 23.7 per cent the previous year.

But there is no good news as far as Petya is concerned, with cyber-security experts trying to find a kill switch.

Macquarie Telecom MD Aidan Tudehope has added his voice to the shrill chorus, claiming that the attack makes it plain that current cyber defence strategies are not working and that it is time for governments to move beyond awareness-raising exercises and take “firm action” to address the issue.

Tudehope told Communications Day that the latest malware attacks provide a frustrating reminder that even businesses with the most technically advanced security are continuing to court highly preventable catastrophes by failing to take even the most rudimentary steps to fortify their ICT systems.

With only a relative handful of Australian companies reportedly hit, Tudehope said “we got lucky this time”. But he warned that the next attack could have much more serious consequences. 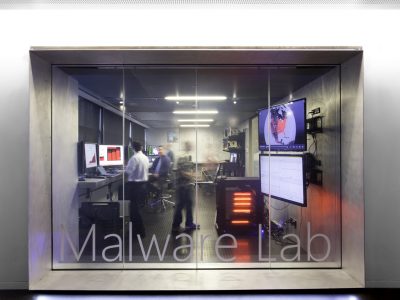 Oz Sites Being Sold On The Dark Web