Premier Investments has announced it will shut down four of its sites at in Mid-City Arcade in the Sydney CBD, as it takes on “unrealistic” landlords who insist on charging high rental prices in a dwingling market.

Sales for the six-months ending January 29 are expected to be $769 million, Premier announced today, a growth of 0.5 per cent on the same period a year prior, despite the hits that bricks-and-mortar outlets continue to take, which equalled 42,000 trading days lost due to forced outlet closures. With online sales making up a quarter of total sales, the group is getting tough on rental costs.

Premier will close its Peter Alexander, Smiggle and Portmans stores in the CBD mall in March, with Just Jeans leaving “by no later than July 2023”.

“These closures demonstrate the Group’s previously announced intention to walk away from stores where landlords seek rents which are unrealistic and which do not reflect the market, particularly in those centres where customer foot traffic has been decimated by the pandemic,” Murray said. 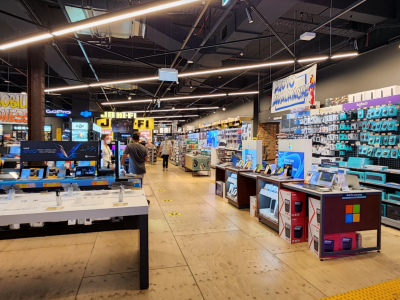