David Jones’ parent company Woolworths Holdings Limited, which is based in South Africa, has disclosed how the COVID-19 pandemic has impacted the department store’s sales – footfall is down, but online sales are picking up the slack.

Total sales over the four-week period to the end of March fell by 19% at Australian David Jones stores. In a statement published on the Johannesburg Stock Exchange (JSE), the company put this down to the “significant reduction in foot traffic”.

David Jones stores that usually have a higher proportion of tourist trade and Asian demographic customers felt the impacts of the COVID-19 pandemic even more acutely.

Alongside this drop in footfall at brick-and-mortar stores, however, David Jones’ online channel grew by a massive 108% over the same period. Online sales now account for 20.3% of total sales.

At the moment, David Jones is still trading at its larger brick-and-mortar stores in Australia, though smaller stores – such as those at Barangaroo in Sydney and James Street in Brisbane – have been temporarily closed, in order to abide by the government’s social distancing protocols.

Upon the New Zealand government’s enforced lockdown, all stores in New Zealand have been temporarily closed.

As to be expected, Woolworths Holdings Limited as whole has been hit by the COVID-19 pandemic. In its announcement on the JSE, the company announced that the WHL Board, Group CEO and senior executive team would be foregoing 30% of their fees and salaries over the next three months.

The group was forced to close its fashion, beauty and homewares stores in South Africa from the 27th March – 16th April as a result of the South African government’s national lockdown. Its food stores are still operating.

“Our business operations across other African markets have also been significantly constrained due to slowing demand, store and border closures in response to local government requirements and responses to the COVID-19 virus,” the shareholder statement read.

Coronavirus, COVID-19, David Jones, retail, retailers
You may also like 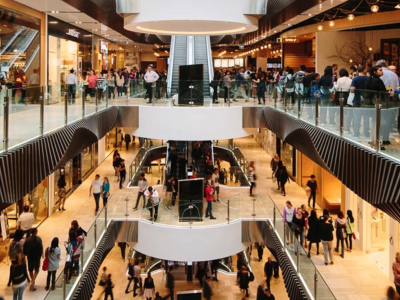