Nintendo the Japanese Gaming Company that has a habit of suddenly re-emerging is now worth more than Sony after the release of Pokemon Go.

After an unprecedented rally in Nintendo’s share price since the release of Pokemon Go, the gaming company has soared past Sony when it comes to market value.

Last night, Nintendo shares finished trading 14% higher, meaning they have doubled in value since the launch of Pokemon Go on 6 July.

And all this before Pokemon Go’s even hit the streets in Nintendo’s home market.

It has so far rolled out in Australia, North America and Europe, but only launches in Japan on Friday.

So, is the company’s increased valuation justified?

“The very easy answer is yes,” says Gerhard Fasol of Eurotechnology in Tokyo. “If the market thinks that’s what a company is worth, then yes, it is justified.”

After all, it is market value we’re talking about.

‘Huge potential’
But you have to go one step further, Fasol cautions, and ask whether these companies are actually comparable.

“Pokemon still has huge potential – just think of the intellectual property rights to the characters for instance,” he explains. “A massive potential waiting to be harvested.”

It is a key characteristic of the gaming industry that the success and performance of a game is extremely hard to predict and foresee.

“We’re in bubble territory now – the stock’s vertiginous rally may not last,” says Neil Wilson of ETX Capital. “It’s broken so far clear of any support levels that a fall could be nasty for those who bought into the rally.”

The phenomenal success of Pokemon Go has surprised even seasoned market players.

Nintendo certainly was hoping for a hit, but even it must have been somewhat caught off guard by the frenzy its little virtual creatures have created around the globe.

It’s a surprise success but one that if sustained can have a transforming impact on the fortunes of the company.

The BBC recently flew the concept of what would happen if Sony re launched the Walkman.

The BBC said what does a firm like Sony have that could compete in terms of market impact? It’s known mostly as a hardware company.

“The last time that Sony had a hit that could maybe be compared to Pokemon was probably the Walkman,” Fasol points out.

The Walkman may seem like just yesterday to some, but to most Pokemon players you’d probably have to explain that it was a portable cassette player in the 1980s. And then you’d have to explain to them what a cassette was.

The success of Pokemon Go is shared in part with the developers – Google spin-off Niantic – and we can expect to see similar games from other companies soon.

Yet Nintendo has a head start. “The soaring stock price reflects the sentiment that Nintendo has hit upon a success case in mobile and augmented reality,” David Corbin of industry website Tech in Asia told the BBC from Tokyo.

“And it can be applied to other characters from its IP library – like Super Mario Brothers or Legend of Zelda.”

Between 2006 and 2012, Nintendo profits soared on the back of its console success. During those years, the company’s profits easily topped that of the established technology giants.

While that peak lasted a few years, it didn’t last forever and more recently there was in fact concern that Nintendo was moving into mobile gaming way too late to still have an impact.

Pokemon Go may have silenced those concerns but whether Nintendo can ride that wave in the long term is – like much of the fortune in the gaming industry – unpredictable. 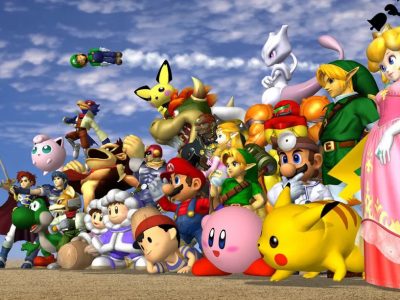