New German Brand To Take Over From B&O

A brand new European styled sound system from Braun Audio is set to benefit from a move to minimalistic design by consumers when it is launched in Australia shortly.

In what could be mistaken for a Bang & Olufsen system the Braun Audio comes in three sizes and after hearing them in a private room at CES 2020 I am confident that these speakers are set become highly popular as they not only look good they deliver rich HD 24bit sound.

From the 1950s to the 1980s, Braun, under the guidance of German industrial design icon Dieter Rams, helmed a ton of firsts for the audio industry. They made the first all-wave receiver, first portable music player, first stackable Hi-Fi system, and the first wall mounded sound system, among many others. Fast forward to 2019 where Braun Audio has announced its return to the industry that helped put it on the map.

This German Company has nothing to do with shavers or toothbrushes except for similar name, what they do have a rich history in the audio game.

The full lineup of three smart speakers, each featuring Google Assistant are the LE01, LE02 and LE03.

The least expensive of the range is the LE03, coming in at around $599.

The LE series will debut at the Museum of Modern Art (MoMA) Design Store in New York which says a lot for the look and styling of these speakers.

As one person said at CES 2020 “This is the look and sound quality that Bang & Olufsen should have invested in. The only problem is that B&O would have charged four times the price for the same sound quality” 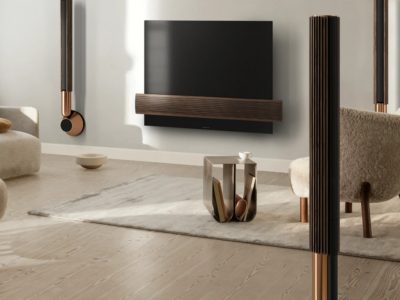 Court Wallops Ikea For Spying On Workers
Latest News Legal
//
Jake Nelson
/
Comments are Off
Ikea has been slugged with a €1 million ($1.58 million AUD) fine in France for spying on its staff. A... Read More