MSI, which is well known in the industry for its high-end gaming desktops and laptops – has launched its next generation of gaming laptops, which promise a 50% boost in computing.

All of the new MSI laptops in the new line are equipped with 10th Gen Intel Core i9 processors and the latest GeForce RTX Super series graphics – to deliver life-like shadows, reflections and lighting, and real-time ray tracing – and Tensor Cores for advanced AI-processing.

With a 300Hz refresh rate display, MSI is promising a gaming experience that is five times faster than conventional laptops, with smoother visuals to boot. In addition, the latest Wi-Fi 6 features 802.11ax standards, designed to deliver the fastest gameplay and the best streaming.

The laptops are built with MSI’s Cooler Boost Trinity+ Cooling System, which has the world’s thinnest 0.1mm laser-edged fan blade, to provide adequate airflow whilst gaming without throttling.

MSI has upgraded the sound system of its laptops as well, with a new Duo Wave Speaker, which has speakers on both sides of the laptop.

From a style perspective, the new MSI range looks every bit the top-of-the-line gaming laptop. These new laptops are fitted out with panoramic aurora lighting across the entire front of the chassis, allowing you to adjust the coloured lighting combinations to your liking.

Local pricing and participating local retailers will be revealed on the 15th of April. However, we do know exactly what models will be on offer.

The GT series (the GT76 Titan) is MSI’s flagship offering, built with overclockable processors and cutting-edge graphics. It’s not the slimmest model in the line, but it’s designed to be the top performer.

The GS series – which includes the GS7 Stealth and the GS66 Stealth – is designed to offer a combination of mobility (that is, they are slightly smaller in size) and high-end performance. They have a low-profile, slim chassis and extended battery life. The GS66 has won both the iF Design Award 2020 and the Red Dot Award 2020.

At a lower price point will be the GE series – including the GE75 Raider and the GE66 Raider – still offering the features and upgrades outlined above.The GE66 Raider won the Red Dot Award 2020.

GP & GL series – namely, the GP75 Leopard, GP65 Leopard, LG75 Leopard and GL65 Leopard – have all the core gaming features from the high-end models, built for performance at any level of gaming.

As the lightest and thinnest laptops in the range, the GF Thin series (GF75 Leopard and GF65 Leopard) places a greater focus mobility. 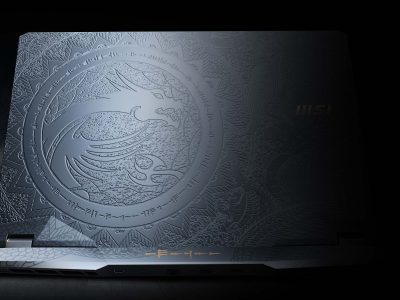