JB Hi Fi is believed to still be the front runner to acquire The Good Guys following a recent IPO road show by the Muir family who own the mass retailer.

Analysts are tipping that JB Hi Fi could pay up to 12-times earnings before interest and tax for its smaller rival and still see EPS accretion.

If the acquisition goes ahead it will give the mass retailer a larger share of the Australian appliance market, currently The Good Guys have 21% appliance share Harvey Norman 29% share and JB Hi Fi 3% share.

According to Australian Competition and Consumer Commission sources several organisations have lodged objections to the bid however sources claim that the only area of concern for JB Hi Fi is in the TV market.

Despite this the bid is tipped to be given the green light.

Cit Equities analysts claim that at $850 million, or 10-times EBIT, it would deliver 8.7 per cent EPS growth assuming $20 million synergies.

It’s understood that Harvey Norman did not submit an offer for The Good Guys despite Chairman Gerry Harvey trying to run a spoiler exercise up against JB Hi Fi.

ChannelNews understands that JB HI Fi is still in discussions with The Good Guys advisors which include, Helfen Corporate Advisory and Bank of America Merrill Lynch, while UBS, Credit Suisse and Goldman Sachs are joint lead managers.

Several analysts who were exposed last week to the information supplied by The Good Guys advisors said that an acquisition of the appliance retailer is “a risky proposition”.

Some fear that the departure of key personnel following a recent buyback by the Muir family may impact the group’s performance in the medium term.

Annual earnings at The Good Guys is around $90m before interest, tax, depreciation and amortisation

Another potential bidder is the South African owned Steinhoff International, who recently made a $1 billion bid for UK discount chain Poundland.

India’s Tata is believed to have also run a ruler over The Good Guys.

According to the AFR The Good Guys camp and three-pronged broker syndicate remain hopeful of an October prospectus to coincide with the trade sale’s conclusion, and a November listing.

The AFR Claims that in reality, it is hard to see how an IPO bid could beat an offer from JB Hi-Fi, which is back in the market darling category for a bunch of fund managers.

As much as fundies liked The Good Guys story in meetings last week and may see potential for strong store growth under the new ownership model, it’s still a new stock that would come to market with an IPO discount attached.

The IPO’s best bet may be if the Muir family, The Good Guys’ long-term owner, decides it wants to keep a stake and back the roll-out strategy to find a long-lasting leg of growth.

Citi Equities, JB Hi Fi, The Good Guys, The Muir family
You may also like 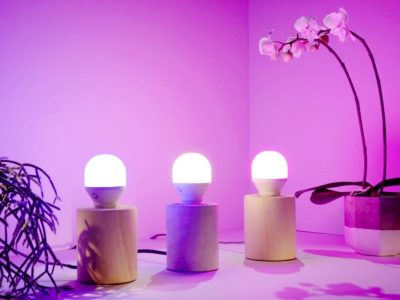