Tye, who has had a long employment history in the sound and audio market, will help focus on growth and strategic implementation in Australia – and later New Zealand – alongside CO Paul Riachi.

According to sources, Indi Group are set to announce a major new sound brand in the new year as well as a new range of Loewe audio gear and appliances in the second half of 2021.

Tye parted company with Convoy International where he was General Manager after refusing to move to Sydney from his hometown Melbourne. Since then he has been running his own representation company.

According to Indi, Tye and Riachi will aim to increase mass retail penetration with the inclusion and focus of a tight premium specialist dealer network in 2021.

“I have known Paul for over 20 years, being one of the first distributors to open an account enabling him to get a start in Audio Visual. Over the years I have witnessed the development and maturity of a very successful businessman during that time,” Tye said.

“Knowing the direction of the INDI Group and understanding the very exciting roadmap ahead for their brands and seeing first hand their recent progress in market penetration and the retailers they are speaking to,  this is the right choice for both myself and INDI Group moving forward.

It wasn’t a hard decision to make. Having had experience with several of the INDI brands I look forward to representing them again. I am confident that in time these brands will once again become a driving force in market share. I’m looking forward to many years of success ahead with INDI and their ethos is mutually shared.”

Tye has been Managing Director of Sound Marketing Australia since March 2017 and before that worked for Convoy International as the General Manager of Speciality Audio. 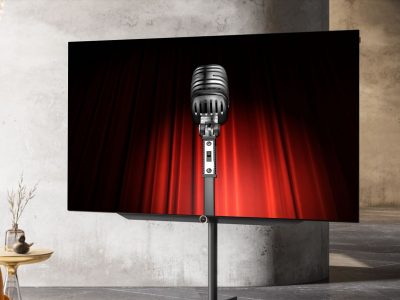