IDC predicts that even if the coronavirus was cured today, the Australian PC market won’t recover until 2021.

Last year the Australian PC market was heading in the right direction, gaming PC’s were driving margin, business PC sales were up and the dropping of support for Microsoft Windows 7 worked as a stimulus

Now the market is facing a major downturn, the coronavirus is already more severe than SARS ever was, and retailers are uncertain as to what is going to happen.

The rising number of cases in Europe and the U.S. is causing companies to force employees to work from home.

She added “Part of the slowdown will be driven by comparisons to 2019, the majority of this decline has been attributed to coronavirus.”

On the upside there is a lot of optimism that products like smartphones will continue to deliver growth in the back half of 2020, especially due to 5G.

This will be beneficial to retailers such as JB Hi Fi who in recent years have expanded sales of smartphones.

Before Coronavirus Microsoft, Intel, and their hardware partners were expecting a lift in PC sales this year due to the dropping of support for Windows 7.

The year also held the potential for several exciting developments which were set for 2020.

This included the revolution in 2-in-1 PCs.

Windows 7 was the second-most popular operating system in the world, trailing only Windows 10.

Corporations, businesses, and some consumers who had been holding out for an upgrade for as long as possible suddenly faced having to move to a new PC.

While analysts weren’t expecting a dramatic spike in sales coming into 2020 research showed that corporations had steadily been replacing their old Windows 7 devices with new Windows 10 machines for a couple of years and this was contributing to growth.

Growth in the PC market was instead expected to come from small and medium-sized businesses (SMBs), as they’re often the last to upgrade hardware. Now, the coronavirus is standing in the way.

“The decline was soft, and now, the decline is steeper.”

“We were expecting a peak in 2020 from SMBs, but now, with the coronavirus situation and its implications on political and economic sides, we are not expecting that growth,” Paul said. “If the economy is being affected, they are the ones being hit.”

With the onset of the coronavirus, that’s been adjusted down to 7.1%.

“The decline was initially soft, and now, the decline is steeper.” Paul said.

Paul pointed to SARS as a historical comparison for coronavirus.

That virus caused global concern in 2003 as an outbreak spread across Asia, then began to make its way across the globe.

“It was a similar situation,” Paul said, comparing SARS to the coronavirus.

“It broke in 26 countries, and 8,100 cases were detected. The estimated impact on the industry was $1 billion dollars just in [the Asia-Pacific region], including Japan.”

Paul points out that SARS didn’t stick around for long.

It broke out in the second quarter of 2003. Markets recovered by the end of the year.

Even if SARS and coronavirus were equivalent in severity, the impact today would still be more severe due to the fact that today’s PC production is even more dependent on exports from China.

Even if the coronavirus was magically cured today, we still wouldn’t recover the losses until early 2021.

“It’s difficult to say how it’s going to pan out for coronavirus because things are still spreading beyond China. If everything gets back to normal, manufacturing goes back to 100% capacity — even in that case, it will take at least two more quarters to recover in order to accommodate all the backlogs.

It’s not easy. You need to restart that production.”

As one PC supplier told ChannelNews “It’s not just components where we are having problems getting cardboard to protect a PC is proving difficult at the moment” . 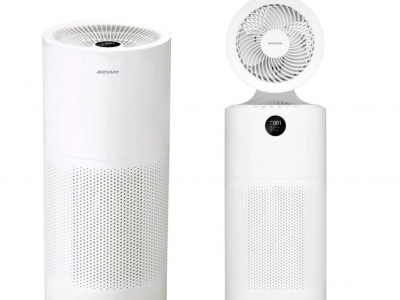