Leading US Consumer Report claims that they can they no longer recommend televisions made by Chinese Company Hisense in light of new data that revealed that the brand has subpar reliability.

This is the same argument that Sharp raised when they demanded that Hisense stop putting their name on Hisense manufactured TV’s after the Company licenced the Sharp brand name because of problems with the quality of their own brand.

Sharp who had been selling TVs in the US since 1970s were forced to file court action claiming its brand and trademark were “at risk of being destroyed” by Hisense, which acquired a Mexican factory and five-year license to sell Sharp-branded products in North and South America.

Sharp eventually got their brand name back.

Now the biggest consumer advocacy group has washed their hands of the Chinese brand who ended up licencing the Toshiba TV brand name in an effort to mask problems with the sale of Hisense branded TV’s.

This is the first time that the advocacy group has factored in the reaction of consumers to brand reliability and owner satisfaction into CR’s Overall Scores for TVs.

To gauge reliability, CR surveys its members about the products they own, then uses that data to make projections about how new models from a given brand will hold up over time.

Brands that rate “Fair” or “Poor” for predicted reliability are not eligible for CRs recommended lists of products, regardless of how well they perform in tests.

Two Hisense models are now unable to be ranked due to the reaction of consumers.

Only products with Overall Scores in the highest tier of their respective categories receive consideration for CR’s “Recommended” badge.

In addition, smartphones made by Sony, Asus, HTC, Huawei, and ZTE are no longer eligible to be recommended by CR, since the predicted reliability scores for those brands fell beneath the threshold.

Four Sony models that were previously recommended have had that distinction removed.

“As we incorporate reliability into our overall score for more product categories, we continue to see discrepancies in how products perform in our rigorous lab tests versus how well they hold up over time. But we know that consumers want products that both perform well in their daily lives and are reliable,” said Liam McCormack, Vice President of Research, Testing and Insights at Consumer Reports. “Products that earn our recommendation are more likely to offer consumers the performance they demand and the longevity they expect.”

In Australia, the Hisense brands include the following models. 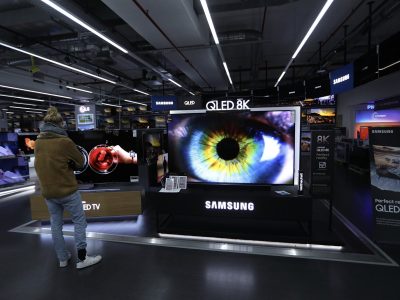