Has Amazon Lost The Content War In ANZ Before It’s Even Begun? While the arrival of Amazon into the Australian market is certainly set to shake things up, it’s far from guaranteed that the online shopping giant will emerge on top.

In fact, when it comes to their online video streaming service Amazon Prime, they might be counting their eggs before they’ve hatched.

Even in the world of content streaming, the Australian market is brutally competitive. Only a few years ago, consumers were split between Quickflix, Presto, Stan, Foxtel Play and Netflix.

Now, things have pretty much come down to Stan and Netflix.

While Netflix continues to hold the top spot at close to two million active subscriptions in Australia, they’ve also experienced a fair amount of fluctuation. Even if they’re well-positioned to weather that fluctuation, it’s a pattern that leaves them vulnerable and under pressure to continue delivering content that resonates with wide audiences on an increasingly-regular basis.

Netflix have made it their business to surprise audiences with new and original series. However, their reliance on that strategy means it only takes one or two misfires for them to lose subscribers. Maintaining an aura of mystique around series like The OA might make their release more of an event in a cultural sense but if customers don’t know enough to be confident in staying subscribed, they won’t hang around.

Meanwhile, Stan is holding onto a smaller but constant base of 600,000 active subscribers. The investments the Australian company have made in building up their own exclusive content library (resulting in popular but short series like Wolf Creek and No Activity) and tapping into popular shows from US networks like Showtime and Amazon Prime have helped it succeed where players like Presto failed.

Coming into this competitive and growing sector, Amazon Prime’s competitive price point may help it gain some early traction. Even once the introductory discount of $2.99 wears off and the exchange rate is taken into account, it’s a service offered at a lower cost than it’s local competition. However, it’s important to remember the golden rule.

Content is king – and when it comes to content, Amazon may have set itself up for a fall. While it’s headlining its Australian launch with The Grand Tour, there isn’t a great deal on the service beyond that.

The success of Netflix, and to a lesser degree, Stan is predicated on two tiers of content. The first being the popular shows that draw users to the service, and the second being the less well-known but nevertheless engaging content that keeps them subscribed. The Grand Tour fits the mould of the first category nicely, however, Australians subscribed to Amazon Prime may notice that they don’t have access to the latest seasons of Amazon’s other Original Series like Mozart in the Jungle, The Man In High Castle and Transparent.

This is because Amazon actually have sold off the exclusive rights for ANZ for a lot of these shows to Stan.

When we reached out to Stan about their arrangement with Amazon, they confirmed exactly that. They say that these shows “will continue to be first run on Stan” and indicated that while seasons of these Amazon Originals may eventually make it to Amazon Prime locally, it won’t be until well after their cultural relevance.

Again, while Amazon’s Australian launch may well change the face of the local business ecosystem, Prime’s potential for shaking up the state of local streaming video offerings looks like it’ll be sharply curtailed.

amazon, Amazon Prime, netflix, Stan
You may also like 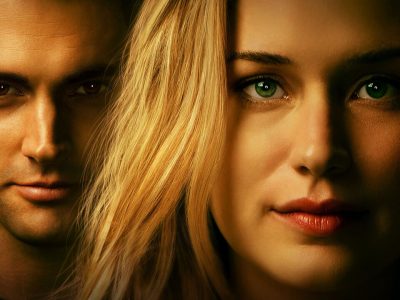