After moving into new serviced offices in North Sydney, Gibson brands is now facing the real possibility of being sold with directors accused of having a “conflict of interest”, and what appears to be “self-dealing” in the future of the iconic music instrument Company.

After failing in the distribution of Philips, Onkyo and Pioneer brands worldwide the US Company is now struggling to survive in the musical instruments market after being placed into administration back in May 2018.

Since then Gibson has been attempting to restructure its corporate debt while trying to plan a future. Now insiders are tipping that the business will be sold with some observers claiming that administrators are favouring a sale to secured bondholders as opposed to an open market sale.

The secured creditors of Gibson Brands are actually in agreement with the bankruptcy repayment schedule, but that only represents 69% of the company’s debt.

The other 31% is unsecured debt with GSO Capital Partners, who loaned Gibson operating capital alongside its acquisition of a musical accessories company selling Phillips electronic products. That integration into the Gibson musical instrument sales business turned out to be a disaster, with Gibson now reverting back to the traditional instrument sales market.

Blackstone’s GSO Capital Partners LP is owed $77 million on a secured term loan the musical-instruments company had on its books as it headed into bankruptcy.

GSO said it “would even be willing to help fund that process by providing” financing for Gibson during the bankruptcy, as well as when it wraps up chapter 11 proceedings, “to further stimulate bidding in an open-sale process,” according to a filing in a US Bankruptcy Court last week.

Gibson filed for bankruptcy in May with a reorganization plan that would allow senior secured bondholders led by KKR & Co. to convert their debt into equity in the business, which was founded in 1894.

GSO said there are other interested bidders, both strategic and financial, who might be willing to buy Gibson at a price greater than the recent valuation.

The proposed restructuring includes employment and consulting agreements with both men.

“This obvious conflict of interest, and what appears to be self-dealing, calls into question” Gibson’s “determination” to abandon its earlier marketing process and “capitulate” to the KKR group, GSO said.

Creditors need to know whether Gibson struck a deal with the KKR group because it believes the proposed plan is indeed in the best interest of the business “or simply because insiders with control over the company see it as the best way to gain value for themselves individually,” GSO said.

Gibson’s proposed restructuring should also make clear whether the money and new equity to be given to the two key insiders could otherwise be distributed to creditors, GSO said.

Earlier this month, Gibson filed a document showing how much each creditor group was expected to recover in the reorganization. GSO, however, says that disclosure statement “still contains some ambiguity” on that point.

Mr. Juszkiewicz and Mr. Berryman should be deposed to answer questions about their motives in arranging the deal with the KKR group, GSO said.

Gibson entered bankruptcy with holders of more than 69% of its $375 million in senior secured notes also agreeing to provide up to $135 million in financing to the business during its chapter 11 proceedings. That group included KKR.

GSO said it, too, offered financing to help Gibson get through bankruptcy—and at terms that were more favourable and would have given the company more leeway to “run a proper marketing process in chapter 11.” 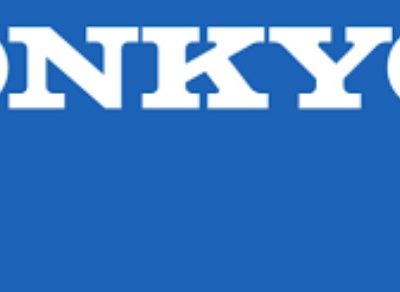 Gibson Brands Back In Business