Foxtel has seen a massive resurgence in demand for the streaming Companies content, during the pandemic with a 21% increase in subscribers and a 34% surge in Segment EBITDA.

As of March 31, 2021, Foxtel’s paid subscribers had climbed to 3.541 million, a 21% increase compared to the prior year. This was due to an increase in demand for Binge and Kayo content and a move by stay-at-home consumers switching back to Foxtel content in particular sport.

1.946 million of the total closing subscribers were residential and commercial broadcast subscribers, and the remaining 1.595 million consisted of Kayo, Binge and Foxtel Now. Churn in the quarter increased to 20.1% from 17.5% in the prior year due to consumers in some cases switching from Foxtel to Kayo or Binge.

News Corp which has a majority stake in Foxtel, posted total March quarter earnings before interest tax, depreciation and amortisation of $US298m ($382.9m), which was up 23 per cent from the same time last year.

Chief executive Robert Thomson says the global media company is on track to report its most profitable financial year since 2013 after reporting further increases in revenue and earnings.

This takes total News Corp EBITDA for the nine months to end-March to $US1.06bn, up 30 per cent on the same period a year earlier.

Foxtel Segment EBITDA for the quarter increased $23 million, or 34%, compared with the prior year.

The improvement was primarily driven by $22 million of lower sports programming rights and production costs, which reflects the savings from renegotiated sports rights.

There was also a $14 million contribution from foreign currency fluctuations as well as lower transmission, marketing and employee costs, partially offset by the increased investment in OTT products. Adjusted Segment EBITDA increased 13%.

At the same time the US economy is showing signs of recovery, helped by massive stimulus program and ultra-low interest rates.

“The financial year is on a trajectory to be the most profitable since our reincarnation in 2013. This highlights the transformed character of the company,” said.

“Foxtel’s resurgence during the pandemic reflected the enduring value of its broadcast offering, the rapid growth of streaming services, and a relentless focus on costs,” Mr Thomson said.

The company, which also owns The Wall Street Journal and The Times of London, posted total March quarter revenue of $US2.33bn, up 3 per cent on the same period a year earlier. This was ahead of analyst estimates compiled by Bloomberg which had forecast third quarter revenue to come in at $US2.18bn.

While News Corp has reached a payment-for-content revenue deals with tech giant Google and Facebook over the quarter, Mr Thomson said he will continue the “international campaign to reset the terms of trade for premium journalism”.

New & improved business newsletter. Get the edge with AM and PM briefings, plus breaking news alerts in your inbox.

Sign up.
Mr Thomson said cooperation in recent weeks with Google has certainly been “productive” and he said News Corp looks forward “to further engagement with Facebook”.

“These landmark agreements have meaningfully and materially changed the media landscape”. 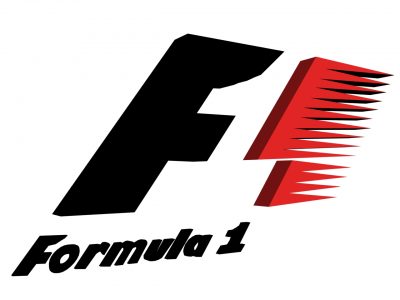