As Chinese TV brand Hisense, reel from the exposure of a claimed $3.37M fraud on the Company by a former Customer Service Manager, questions are now being asked as to why they appointed a new General Manager who was fined $15,000 by the Federal Court in 2007 for price fixing TVs in Australia.

Back in July 2021, when long time General Manager Tania Garonzi quit, to take on the role of Merchandising Director of the JB Hi Fi owned The Good Guys, Hisense appointed Warren Allison to the role, he had previously been the Companies National Sales Manager.

ChannelNews can now reveal that back in 2007, Alison was singled out by Justice Kenny in the Melbourne Federal Court breaching the resale price maintenance provisions of the Trade Practices Act and that he knowingly engaged in trying to fix the price of TVs sold at major retailers. This came after the Australian Competition & Consumer Commission took action against Alison following complaints to the pricing watchdog.

Allison was singled out by the judge and fined separately from TEAC Australia Pty Ltd, the TV manufacturer that Alison was working for at the time.

He was fined $15,000 for what the judge described as being knowingly concerned in the conduct of a Company that breached reseller laws.

He was also restrained for a period of three years from November 2007 from making statements to a retailer about the price of TV’s or induce or attempt to induce retailers not to advertise for sale, TVs with retail prices less than a price specified by the Company he was working for at the time.

The Australian Competition and Consumer Commission instituted proceedings against TEAC and Allison in relation to conduct that sought to stop an independent retailer of electronic products from advertising prices below the ‘go price’ specified by TEAC.
Both TEAC and Allison were also forced to pay part of the ACCC’s costs. Then ACCC Chairman, Graeme Samuel, said companies and the individuals who act for them must understand that resale price maintenance is prohibited under the Trade Practices Act 1974.

“Suppliers should appreciate that their ability to dictate or unduly influence the prices of customers reselling goods is quite limited. It’s not for TEAC or its management to determine the selling price of its customers; that decision is one for the customers having regard to their own considerations, competitiveness and efficiency.

“Resale price maintenance prevents retailers from competing on price and it prevents consumers from getting the best price they can. It is conduct which the ACCC will vigorously pursue.”

Recently Alison sat in on video calls with new applications for the role of marketing director at Hisense Australia.
This follows the sudden resignation of Andrea Iannuzzi the former Marketing Director at Hisense.

Applicants were told that Hisense wanted to lift the profile of Hisense TVs, that have for many years been seen as cheap value TVs ranged by retailers as an alternative to premium TV’s sold by Korean and European TV manufacturers.

They were told that the Chinese Company wanted to compete in the top end premium TV market alongside Samsung, LG and Sony and that they wanted to increase the average selling price of Hisense TVs in the Australian market.

In the US market where Hisense TVs were rejected by consumers and retailers failed to range their offering the Company then moved to try and ride off the back of other successful Japanese brands including Sharp and Toshiba.

Sharps lawyers claimed at the time that the Sharp name was at risk of being “destroyed” by the “shoddily manufactured” TV sets by the time the five-year deal ended.

Eventually the deal was annulled, and Hisense then moved to licence the Toshiba brand of TVs in an attempt to get traction in foreign markets where they were struggling because of the perception of ‘cheap’ associated with the Hisense TV brand.

Recently Hisense Australia who are one of the most successful subsidiaries took over the Toshiba TV brand in Australia.

Instead of giving the brand to Harvey Norman, Hisense management gave the brand exclusively to The Good Guys where former Hisense General Manager Tania Garonzi is taking on the role of Merchandising Director. 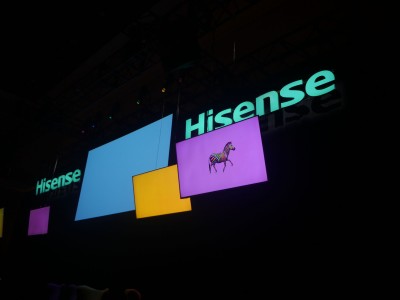