Calling for and getting a result are two different things, and for independents like Zali Steggall the current member for Warringah, who is again calling for the uptake of electric vehicles, the problem is that for the last four years she has had no power to get anything done in the Federal parliament despite her constant banging on about Climate change and EV vehicles.

Steggall appears to not understand that the real issue is about commercial infrastructure and the legislation and standards that are needed to control the industry in the same way that the automotive industry is controlled today, this needs to be in place before tens of thousands of electric vehicles are sold in Australia.

In what appears to have been a shock for Steggall, she is suddenly facing a polarising Liberal candidate for Warringah, Katherine Deves, who shot to fame within days in the Warringah electorate by standing by her views on transgender sport.

A lot of people that I have spoken to in the electorate believe she can beat Zali Steggall a woke candidate who is now calling for a reduction in transport emissions without any real structure around how the evolution to electric vehicles is not going to end up costing the people of Australia tens of thousands of dollars over what they have to fork out today for a motor vehicle and the associated running and repair costs.

Deves is the candidate that radio, social media, TV, and mass newspapers are following right across Australia, and she is getting publicity that the Zali camp would kill for.

Even the left-wing media who claim that Prime Minister Morrison is shielding Deves from the media are desperate to try and spin Deves messaging in a negative way.

The only problem is that Deves has their measure with Liberals in the seat controlling her exposure to the left-wing media.

Morrison said of Deves today “She’s a strong person who is standing up for women and girls and fairness in sport. That’s what it’s about. Plenty of people have tried to silence her and take her out. I’m certainly not one of those. I think it’s important that she feels able to raise these issues.
And all of those who want the rest of us to walk on eggshells and try to force her out of the campaign, well, I think that speaks a lot more about how debate goes in this country and why it’s important that people like Katherine Deves, where she feels strongly on this issue – on women and girls sport – should be able to speak up and is”.

Steggal claims that by the end of the decade she wants a minimum of 76 per cent of new cars sold to be electric, there has been no mention about charging infrastructure, the cost of battery replacement or what happens when thousands of vehicles come to a stop because they could not get to a top up in time.

Take the issue of a common standard for charging nozzles so that all models of cars can be charged at the same charging stations, similar to the way diesel and petrol cars are filled up today.

Currently Tesla has one model electric charger and Range Rover another.

Steggall has also failed to tell the people of Warringah that they could face paying tens of thousands to replace old lithium batteries with new.

According to an invoice from Tesla owner seen by Current Automotive, a complete 75kWh battery replacement for a Model 3 costs around A$23,550.00. The actual battery costs around $18,874 and that could be after only 100,000 kilometres.

Then there is the issue of how many charging stations will be needed in Australia to support millions of vehicles.

While Electric cars are a good thing for the environment independent candidates such as Steggall appear to be only able to deliver one liner, that lack substance or the outlining of a plan to actually deliver a better Australia.

For Steggall, the real shock was that Deves, a solicitor, who presents well, was in days grabbing media space worth millions right across Australia, and if voters in Warringah had never heard of Deves before she was announced as the Liberal candidate in the electorate, they do now with mothers and men now debating her capability to replace Steggall as the candidate for Warringah.

Her campaign is actually ramping up with the Liberals setting up a Warringah campaign HQ in leased offices at Brookvale and with a tradie husband Deves has the media high ground with key media now tracking her every move.

Steggall has had at least three years to negotiate change in Canberra but because she is an independent with no power, she has not been able to translate any one of her up in the air policy ideas into a tangible result.

She claims that if neither side of politics wins a majority in the House of Representatives, she would look to negotiate first with the party with the most seats.

Research of the Federal archives reveals that crossbench MPs Helen Haines, Zali Steggall and Rebekha Sharkie voted with Labor on two out of every three divisions in the 46th parliament, with the Morrison government using the data to recently warn Australians against supporting “fake independents” such as Steggall who is coming across as a one issue candidate.

Steggall voted 66.04 per cent, for Labor according to research from the Parliamentary Library.

She claims, “Very few people in Australia can currently even get access to an EV”.

The reality is that for electric vehicle to take off there has to be a sustainable commercial model in place right across the EV spectrum.

The second hand value for EV vehicles is going to be based on how much life is left in a an EV battery and much it will cost to replace a battery, all these issues along with charging and the cost and time it takes to charge a vehicle needs to be addressed and if there is no policy framework or more so a viable commercial proposition for business and the public to support the longer it will take for EV technology to be a adopted.

Electric Vehicle Council boss Behyad Jafari said the Morrison government had been too slow to promote the take-up of EVs.

Really, why would you push a product when there is no infrastructure in place to support mass EV vehicles. It’s down to business to deliver the infrastructure and the politicians the policies around the technology as we have already seen hospitals on fire in the Warringah electorate as well as houses burnt down because of lithium battery charging problems. This is just another element that has to be in place before the mass adoption of EV vehicles.

What Australia needs is a solid business plan supported by both business and politicians and above all the Government departs who are going to have to implement the move to EV, it’s currently happening with the Morrison Government whose policies appear to be based on substance not glib one liner and a tired cry for climate change action.

During the past week, several variations of posters have appeared online. 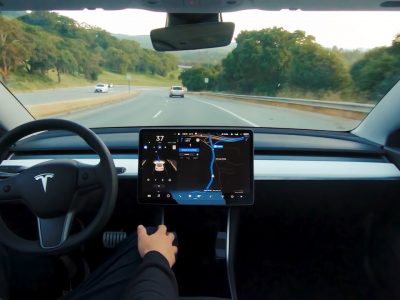