Journalists in NSW and some in the national’s capital are getting themselves in a right tizz because they can’t get their daily dose of NSW Premier Gladys Berejiklian, no more so than Chris Reason from the Seven Network and his Federal colleague Mark Riley and of course the left-wing rabble at the ABC.

All of a sudden video technology that has been used for the last 18 months to run Australia if not the world is no good for a bunch of journalists who are now up in arms at the thought of not having their voices heard at a live Gladys Berejiklian press briefing.

“An absolute disgrace”, “a failure of leadership”, “going into hiding” and “abandon[ing] ship at moment of greatest crisis” are just some of the comments.

News.com.au’s Sam Maiden suggested it was an act of “cowardice”. The ABC’s John Lyons described it as “appalling”. “Worst of the crisis is about to hit,” he tweeted.

This is from a rabble of media who are so wrapped up in their own image and self-importance and think aggressive behaviour and often irrelevant questions are in the best interests of their viewers or readers.

Remember this is the same media who went out of their way to try and discredit Prime Minister Scott Morrison prior to the Federal Election, and still do today off the back of the COVID pandemic.

I bet he had great pleasure giving them a two-finger salute when he won the last election, which just about every one of the media organisations complaining today, about Gladys latest decision, said he was going to lose.

In fact, some of them already had jobs lined up with roles in what they were hoping would be a Labor Government.

Now they are back complaining about the actions of the Premier who has moved on to the important issues of running the State of NSW.

At the ABC we all know that the word profit is a dirty word, but how about Premier Berejiklian spending more time fixing the NSW economy or working with the back rooms of the NSW Government to deliver an environment that will get people back to work in a safe environment.

We don’t need a daily press briefing on COVID from the Premier we need a decisive cabinet led by a Premier who has a reputation for delivering in good times a surplus, new hospitals and massive new infrastructure for the people of NSW to now stand up and deliver a way out of COVID lockdowns.

Knowing how many cases of COVID we had overnight or how many people have died is one thing.

Now the NSW Government is replacing the daily live Glady’s with a video feed of information from NSW Health.

This is the very same technology that is currently being used by the media and industry to deliver business decisions. Can you imagine how bad the economy would be with the likes of Teams, WebEx or Zoom did not exist.

Right now, I am more interested in having a business that can generate revenue, employ people and above allow businesses to operate in an environment where we can again function close to normal.

This takes planning and resource that the likes of Gladys Berejiklian and her NSW Cabinet are working on getting NSW back to normal.

I am pretty confident that if there was a vote now with consumers (the people who really count) as to who is on the side of right in this debate, Gladys Berejiklian or a bunch of opinionated media that Gladys would win hands down.

Writing in today’s Sydney Morning Herald Nine Network journalist Chris O’Keefe said that while some journalists did support the decision (including himself), they were clearly in the minority.

He said that the response among journalists to NSW Premier Gladys Berejiklian’s cancelling of the daily 11am COVID-19 briefing last week exposed an uncomfortable truth about the modern media landscape. More often than not, our reaction to the news of the day is to argue rather than debate.

Twitter (the preferred platform for journalists which doubles as an internal industry circular) was decidedly anti-Gladys.

“Well @GladysB I think you can now see how the ‘no daily press conference’ thing is being received.

A very bad decision,” Guardian Australia editor Lenore Taylor posted on Twitter in reference to the response from people on Twitter.

O Keefe points out that the Premier has committed to holding COVID-19 briefings multiple times a week, subjecting herself to the same scrutiny from the same journalists.

She will not be going into hiding, as some suggested.

Instead, she will be getting on doing the job she was voted in to do, and that is running the State of NSW, COVID, deaths and hospital and vaccination initiatives are just some of the issues that need to be addressed and while they are important so is getting the travel, accommodation and hospitality industries moving again.

Let’s remember the backbone of the NSW economy is not just big business it’s the tens of thousands of small businesses whose owners and operators are sweating on, it’s not whether, they are going to die from COVID, it’s whether their business and the jobs of their staff are still going to die or will survive as we come out lockdowns.

Will people still shop in stores, coffee shops and food outlets that once thrived in CBD districts that are now facing uncertainty because the same video technology that the media don’t want is now being used by consumers to work from home.

All these issues need to be addressed by the Premier and that takes time which is why walking away from an audience of media rabble who are struggling to come up with new questioning every day is the right decision, both politically and morally. 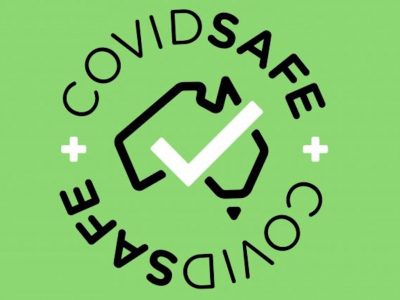