Can You Actually Trust Mitsubishi Electric As New Scandal Unfolds?

Is Mitsubishi Electric a Company you can trust and is the Japanese business just another arrogant Company similar to Toshiba, who found themselves surrounded by scandal because of their business methods and the attitude of management?

Recently it was revealed that Mitsubishi Electric has been cheating for years on air conditioning inspections, now it’s been revealed that this is just the latest in a series of quality lapses that raise doubts about the Japanese industrial group’s ability to change what critics call an arrogant corporate culture claims the Nikkei Asia.

the New NSW Intercity Fleet is a $2.3 billion NSW Government project to replace trains carrying customers from Sydney to the Central Coast, Newcastle, the Blue Mountains and the South Coast. RailConnect is building more than 500 carriages, with the first trains delivered by 2019 and the rest of the fleet being delivered progressively through to 2022.

At this stage it’s not known whether this fleet is affected by the recent disclosures in Japan.

Observers claim that Mitsubishi Electric suffers from a lack of outside perspectives due to the silo mentality adopted by management across all their businesses including consumer, industrial, air conditioning and transport and heavy engineering.

It’s claimed that the company rarely makes acquisitions, depriving it of a source of new personnel and thinking that could help it find and fix underlying problems and that management who have run the Company “for years” should be replaced.

Another claim is that they lack the ambition to become an industry-changing market leader, being generally content to settle for second or third place.

This is a Company that has operated in Australia for decades but is seen as an old-fashioned Company that lacks marketing clout and is often caught out unable to competitively compete because their products are not price competitive.

A visit to their Australian web site reveals a site that looks more like an internal info site than a forward-facing consumer site similar to competitors such as Samsung and LG which is packed with creative information about their products.

Nikkei Asia suggests that problems now coming to the surface at the Japanese Company whose air conditioners were recently dropped at The Good Guys, may have gone on for more than three decades.

Three years ago, the business was forced to admit that a subsidiary had sold rubber products that failed to meet customer specifications for durability and other standards some of these products were built into consumer products.

The 2018 revelation was followed by a string of similar scandals involving products from cast-metal parts to semiconductors.

Mitsubishi is a silo Company leaving experts to claim that the setting up of individual operations resulting in issues and scandals being easier to hide.

The highly siloed organisation keeps divisions isolated from each other with problems often hidden from other layers of management.

“Individual business units are quite powerful at Mitsubishi Electric even compared with their competitors and that there are structural problems that top management can’t see,” said Hideki Wakabayashi, a professor at the technology management department of the Tokyo University of Science and a former analyst.

The fact that all of the problems of the past few years cropped up in different parts of the group suggests that the lessons learned from each failure were not shared broadly Nikki Asia were told.

“The high degree of independence of each of our business divisions has to some extent become a weakness,” President Takeshi Sugiyama told Nikkei in early June before the latest revelations.

As Mitsubishi Electric clings to an outdated culture, its former emphasis on quality has waned.

An investigation conducted after the 2018 scandal found that the problems were rooted in a lack of attention to quality due to insufficient training, along with weak quality control measures. At the time the Company said they would fix the problems yet despite this commitment by management, similar problems continued to emerge, raising doubts as to whether the probe and response did enough.

Executives in divisions involved in the quality scandals have voluntarily returned some of their compensation, but none have resigned.

Many of the senior executives at Mitsubishi Electric are paid more than $1.2 Million a year, which some say creates a greater distance between top management and rank-and-file workers.

Panasonic To Boost AC Business By $870M Through Five Years 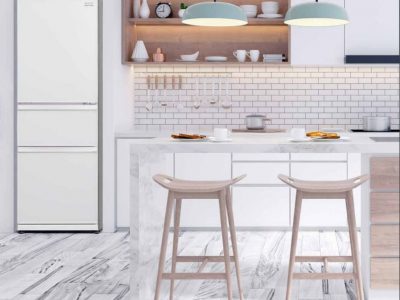