Discount mobile virtual network operator Boost Mobile has launched its new refurbished phone program, with iPhones from as low as $249, and Android phones starting at $339.

The “youth-focused” telco said the rising cost of flagship phones has caused a change in consumer attitudes, and three quarters of young Australians wouldn’t spend more than $1,100 on a smartphone, but would consider a cheaper refurbished one.

Boost Mobile founder Peter Adderton said its new program provided quality assurance and an offer that was “too good to refuse”. 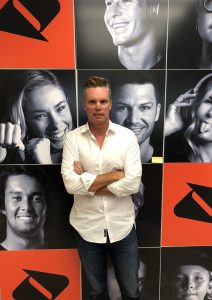 “Through Boost Mobile, you can have the peace of mind that the phones are coming from a trusted source, 100% Australian compliant, includes a 30 day satisfaction guarantee, 12 month warranty, and has been put through its paces with rigorous testing.”

The phones are provided through a partnership with device refurbishment specialists Alegre and sold through the Boost website.

“We have seen an exponential rise in the interest and acceptance of refurbished phones over the last few years, as people realise the high calibre of phones on offer that have gone through rigorous testing and cleaning,” Mr Lornie said.

“There are also a growing number of consumers actively seeking out refurbished phones with a view to having access to the latest technology while playing their own part in trying to minimise their personal e-waste.”

Boost Mobile has also added a bonus 15GB for the first 3 recharges to new and migrating customers on its $30-$70 Boost Anytime Plus plans using the Telstra 4G network.

The bonus data means customer can get up to 80GB of data on a $70 recharge for use within 28 days.