Listeners in Oz have just been given access to a new option for high quality audio, with Qobuz, a high-resolution streaming music service from France, making its debut in our market.

This market for hi-res audio is nothing new; back in 2007 there was the launch of iTrax.com, then HDtracks in 2008, and ProStudioMasters in 2012. The difference, though, is that these sites sell hi-res tracks or albums outright, rather than stream them.

So why all the fuss about hi-res music all of a sudden? For the most part, the average ear isn’t really aware of the fact that streamed audio files are generally the squished-down, flattened versions that were originally compacted for the purpose of fitting thousands of them onto our iPods back in 2001.

Now, as users become increasingly savvy to what they’re consuming, technologically, there is a market for high quality music that sounds the way it was meant to be heard when first created in the recording studio.

Spotify is also on the case, with plans to launch Spotify HiFi later this year, which will be a hi-res addition to the music streaming platform’s offering. It looks like Qobuz has pipped the streaming giant to the post, though, and entered the Australian market at a crucial time for music consumption.

As a company, Qobuz has actually been established for years – just not in this market. The streaming service is currently available in 18 countries and Qobuz says it has more than 70 million tracks in its library. You can buy hi-res quality albums as CDs or stream them.

If you subscribe to Qobuz, there are a few steps to ensuring your sound is higher quality.

First, the recording needs to be up to the standard you desire – CD or high-res formats. Original masters will sound fantastic, but content that’s been remastered can be tricky, as the modifications can lose the authentic sound of the time.

You also have to have the right gear. If you use a computer for streaming music, you’ll need to attach speakers that support high-resolution audio. If using a smartphone, you need hi-res headphones.

Sony, which attended the Qobuz launch, has some hi-res compatible headsets, at various levels; go fully pro with the MDR-Z7M2 for a very serious $1,999.95, or opt for the reasonable MDR-1AM2 or WH-H91ON, each under $400.

Next, depending on your setup, you may need a digital-to-analog converter.

There has been doubt for years over whether people can detect and appreciate anything beyond CD-quality music.

If you want to test your ear for lossless high-res music, you can trial Qobuz for free. 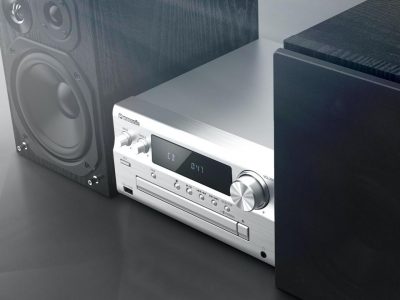