Vodafone Australia has issued a “nation-wide call” for users to review their mobile phone plan ahead of the winter holiday season, citing new data Aussies are spending $1.4 billion on global roaming fees.

Generation X and Millennials are most likely to be hit than Baby Boomers, with 41% of Australian smartphone owners (~5 million people) said to have been affected.

Vodafone Australia Chief Commercial Officer, Ben McIntosh, affirms residents should be able to use their mobile phone freely overseas, as they would in Australia. 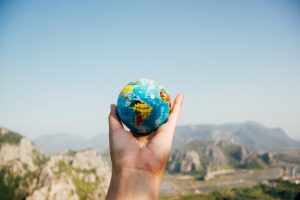 “We encourage people to review the international roaming charges with their current carrier – the vast majority of travellers should not be paying more than $5 extra a day to access their phone as they would at home.”

Mr McIntosh claims only 3% of local smartphone users interact with their device normally when overseas, with most opting tot restrict a phone to Wi-Fi use only.

The telco has used the study to highlight its $5 Roaming offer – available across 80 nations – with China the number one country the offer is used.

Vodafone claims its customers have used $5 Roaming on average 11 times in the last 14 months.