John Skellern who recently teamed up with former Myer CEO Bernie Brookes to take on the job of CEO of the collapsed accessories chain Colette by Colette Hayman which is set to be rescued by Skellern from administration is today front and centre of questionable activities that took place at the collapsed Dick Smith retail operation, he is one of several former Myer executives whose actions are being questioned in a NSW Court.

Skellern was the former Director of Buying Operations, Supply chain, Procurement and Property at the failed Dick Smith retail which under the management of Skellern and former CEO Nick Aboud collapsed with debts of over $400 million.

Yesterday former CEO Nick Aboud was asked bluntly in the NSW Supreme Court whether Skellern was “a bully” after it was claimed that he bullied buyers into making demands of brands for millions of dollars of questionable O/A payments which its claimed were falsely booked as profits. 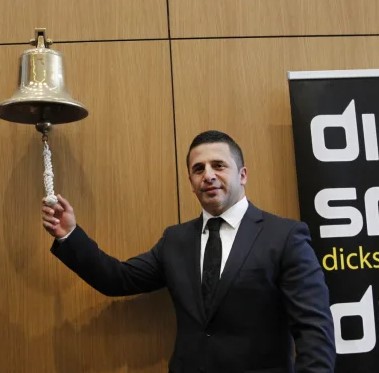 Buyers have told ChannelNews that Skellern ran an “old fashioned whiteboard” that listed out O/A payments and when targets were achieved a bell was rung. About

One buyer was given a car when they achieved their O& A targets set by Skellern.

Email after mail was shown to the court with the actions of Skellern front and centre of what shareholders are claiming was questionable activity.

Now Skellern is back in business at a new retailer where Skellern, who previously worked at Myer the same business that employed Aboud, Skellern and Bernie Brookes, Skellern was the former general manager of procurement at Myer and his role at Dick Smith is being bought into question.

Another former Dick Smith executive who worked alongside Aboud and Skellern at Myer was Neil Merola the former Marketing Director who openly lied to ChannelNews about the profit position of Dick Smith when questioned about the performance of the Company.

In his new position Bernie Brookes will be the major shareholder and chairman of Colette by Colette Hayman, while Skellern will serve as the CEO.

Earlier today Abboud yesterday admitted in the NSW Supreme Court hearing to having suppliers inflate the price of private label stock to claim O&A rebates which Skellern was controlling in what barristers for shareholders claim was an exercise to prop up the profits of the Company.

In the hearing, Abboud was asked if the practice at Dick Smith was to have the suppliers of Dick Smith and Move-branded house products hike the unit price and then rebate back the difference as O&A, to which he responded in the affirmative.

Barristers confronted Abboud with accusations that this meant the prices and rebates were “wholly artificial” – meaning Dick Smith never paid any additional price for the stock, and the suppliers never paid any money back to Dick Smith – which he denied. According to Abboud, the rebates were booked to marketing, including fixturing, in-store space, and advertising, which he said enabled the company to sell more stock and the supplier to ship more.

Abboud this morning was shown an email from Chris Borg regarding orders from Tianjin Zhengfa, a private label supplier, and again admitted to booking orders for house branded stock to claim O&A rebates on inflated prices.

Earlier Skellern emails were shown to the court listing out millions of dollars’ worth of O/A payments which it’s claimed were bookkept as profits as opposed to being booked as marketing.

The hearing continues today at https://epiq.events.corrivium.live/dick-smith, with Abboud returning to the dock.

Dick Smith, John Skellern, myer, Nick
You may also like