Speculation is mounting that Amazon.com is set to get into the finance market their entry point could come via loans to small business in Australia.

While the service will not be launched during the next 12 months the big US online operator is set to go after the B2B market in Australia. On Monday Amazon will hold their first Summit in Australia.

The move could be supported by the Federal Government who are looking for more competition in the banking and finance markets.

In comments that sound similar to what is being uttered by the current Coalition Government in Australia, a top U.S. regulator said rules separating banks from commerce should be re-examined. Consumers deserve more choice if financial services can be delivered better by non-traditional players, according to Keith Noreika, temporary head of the agency that oversees national banks. 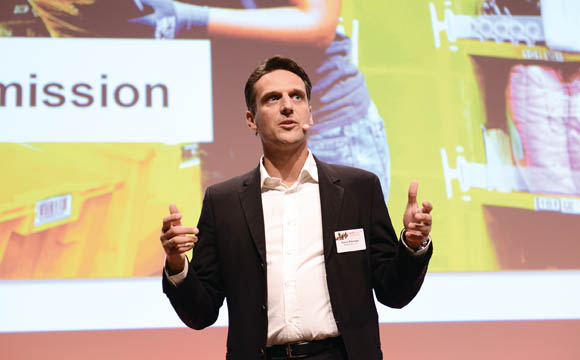 Amazon, Alphabet, Google and Facebook are already starting to encroach into turf long dominated by banks, such as facilitating payments or offering loans to small businesses. And they could expand in areas such as consumer credit, trying their hand at the types of personal loans provided by fintech Companies in Australia claims Bloomberg.

“The lines are already blurring,” said Mitch Siegel, from the financial services strategy at KPMG. “Things like payments and lending almost just disappear because they’re so embedded into our commerce experiences.”

Still, erasing the divide between deposit-taking banks and commerce would probably require consensus among several U.S. regulators, as well as congressional action, which isn’t likely anytime soon. Even then, tech firms and online retailers might not want to go through the trouble to become full-fledged banks.
Amazon is currently using payments to prevent financial firms from getting a cut of some sales. It introduced Prime Reload, which gives members a 2 percent bonus when they use their debit card to move funds from a bank account to an Amazon balance. For card networks like Visa and Mastercard that means less income from fees and less visibility into their customers’ purchases, data they’ve been keen to capitalize on in recent years.

Industry insiders speculate Amazon could someday take another step, introducing its own credit card in Australia.
Amazon and PayPal have developed ways to let customers without bank accounts shop online. PayPal, for example, has inked deals with retailers in the USA so people can fill their PayPal wallets by depositing cash at the stores. Meanwhile at Starbucks coffee lovers have loaded well over $1 billion into their prepaid accounts — more money than some U.S. community banks hold in deposits.

Amazon could go further, serving as a portal for banks to provide services, according to a recent McKinsey report. The possibilities include deposit-taking, cross-border transactions and payroll services, it said.

Amazon already finances merchants on its website, providing them with more than $3 billion since 2011. The e-commerce giant offers loans between $1,000 and $750,000 and then deducts that amount — plus interest — from the merchant’s account. Amazon also is uniquely positioned to improve recovery rates because it can take inventory stored in its warehouses as repayment if a merchant begins to default.
A concern among lenders is that Amazon could get involved with bigger customers. Banks provide services including cash management and financing to big corporations, but those who sell their wares on Amazon or use its massive cloud-computing division could be persuaded to try new services. And Amazon has a wealth of data on those clients, which could help it with transactions like factoring.