Zoom, A major sponsor of the South Sydney Rabbitohs, whose video conferencing service has been in big demand of late due to the COVID-19 epidemic, has been forced to put new features on hold as major security concerns emerge about their operation.

The Company who has recorded an explosion in growth during the coronavirus pandemic, has said it will deploy all of its engineering resources to tackle new data privacy concerns including concerns that servers supporting their operation are based in China.

Zoom’s chief executive Eric Yuan issued an ultimatum overnight claiming that over the next 90 days the Company was freezing the building of new features and instead “shifting all our engineering resources to focus on our biggest trust, safety, and privacy issues” he said.

The problems for the US Company emerged millions of Australians working from home jumped onto their platform and as their stock surged a public backlash emerged following a litany of data security and privacy stumbles that saw users fuming.

These include revelations of undisclosed data sharing practices, features that allowed users to harass other users or mine data from them without their knowledge, and misleading statements about its encryption capabilities — all of which it has since acknowledged publicly and sought to address with policy or technology updates.

Questions were also raised about data sharing with organisations such as Facebook.

“We recognise that we have fallen short of the community’s — and our own — privacy and security expectations,” Mr Yuan said in a blog post, adding that the group had not foreseen the explosion in popularity of the product as millions have shifted to remote working under national lockdowns. “For that, I am deeply sorry.”

Currently Zoom’s shares are nearly double where they were at the start of the year this is despite a 20% fall as the security issues emerged.

At this stage it’s not known whether the Office of the Australian Information Commissioner (OAIC) is moving to act.

In Europe Graham Doyle, a deputy commissioner with the Irish Data Protection Commission, which oversees the EU’s privacy regulations, told the Financial Times last night that the regulator had “contacted other privacy watchdogs” in the bloc to assess whether member states had received complaints or had worries about the app. A spokesperson for the UK’s Information Commissioner’s Office said that it was “considering various concerns that have been raised regarding video conferencing apps”.

This is not the first time that Zoom has come under the spotlight last year a serious bug was discovered that would have allowed potential hackers to hijack a user’s device webcam.

Zoom is also facing wariness from some security experts over its operations in China, where it has a data server, and a research and development department with more than 700 staff as of January 31, according to regulatory filings.

Elon Musk’s rocket company SpaceX has moved to ban its employees from using video conferencing app Zoom, citing “significant privacy and security concerns,” according to a memo seen by Reuters, days after US law enforcement warned users about the security of the popular app.

Use of Zoom and other digital communications has soared as Australians have been ordered to stay home to slow the spread of coronavirus. 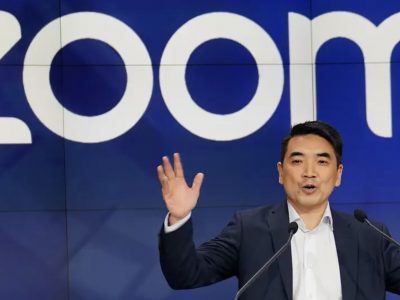