Reports say that Martin Smith, the head of Woolworths’ liquor division, will be working with local suppliers in order sooth concerns raised by the company’s recent court battle with the ACCC.

Smith is expected to visit South Australia’s Coonawarra region to meet with winemakers and industry leaders in the near future.

While a Woolworths spokeswoman has insisted to the Sydney Morning Herald that the visit was “part of our regular ongoing commitment to support and partner with the Australian wine sector,” it isn’t the only move the supermarket are making in the area of supplier-retailer relations.

One source told the SMH that “[Woolworths] is on a charm offensive” after the last year’s court ruling.

Woolworths has been tipped to overtake rival Coles in quarterly growth after 30 consecutive quarters in second place and an improvement in supplier relationships could prove crucial in cementing that lead.

Back in December, a federal court ruled in the favor of Woolworth’s over allegations pursued by the ACCC that Woolworths broke the law by demanding retrospective payments from suppliers to plug a hole in its profits in the weeks leading up to Christmas 2014.

The regulator claimed that suppliers who balked or questioned Woolworths’ request were deemed ‘problem suppliers’ and threatened with repercussions such as less support, range reviews and even delisting.

At the time, Woolworths admitted tapping suppliers for extra money after finding a hole in its December-half 2014 profits but claimed its demands were common practice in grocery retailing.

Judge David Yates ultimately ruled in favor of the supermarket, noting “I’m not satisfied Woolworths has contravened section 21 of the Australian Consumer Law as alleged.” 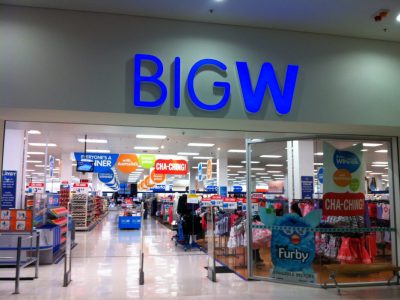