Ms Morton will step down as Chair, however, will remain a Director until a replacement is appointed. Non-executive Director, David Foster, has been named Chairman in the interim.

Mr Foster was formerly the CEO of Suncorp Bank, with several other non-executive directorships in government and private placements.

The company’s board has expressed its thanks for Ms Morton’s seven-year Chairmanship, including her actions in the recent Radio Rentals’ ASIC settlement.

Following an agreement with ASIC, Thorn Group agreed to remediate various fees and expenses of $6.1 million, plus pay a civil penalty of $2 million. The company also agreed to several changes within its consumer lease operations.

Ms Morton affirms her departure is at the “right time”, and will compliment a “refreshed board”:

“During my time as chair we achieved a great deal under difficult circumstances. We have a refreshed board, new leadership team, completed the ASIC settlement and appointed a new CEO who will commence on February 15. I therefore believe this is the right time for me to hand over to a new chair.”

CEO, Radio Rentals, Thorn Group
You may also like 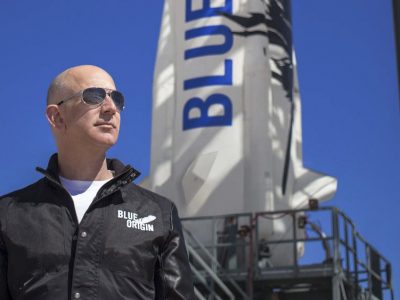 Jeff Bezos Steps Down As Amazon CEO: Read His Final Letter To Shareholders