TCL has unveiled its prototype, dual-hinge phone, revealing a trifold smartphone which opens up into a 10-inch tablet, possibly bringing rise to the first 2-in-1 phone, tablet hybrid.

As reported by CNET, the TCL phone sports a ‘DragonHinge’ fold and a Butterfly Hinge, which allows the prototype phone to fold three times over.

Creating a zig-zag shape, the phone opens and closes in a Z shape, with the “outer” screen being the exposed panel on the top.

It comes following the launch of TCL’s PLEX smartphone which was recently reviewed by ChannelNews.

The daring prototype is clearly out to tackle the likes of the Samsung Galaxy Fold and Mircosoft who recently debuted the Surface Pro Duo, plus Huawei and Xiaomi are also showing off their own foldable concept phones.

Motorola has also recently thrown their hat into the ring with the company teasing the refreshed foldable Razr phone.

What we know so far is the TCL trifold phone will sport four rear cameras, a single front-facing camera, USC-C port, no headphone jack and will feature an iridescent finish.

While the foldable phone market has yet to really kick-off, more concept designs and prototypes are due to drop in the coming year, as manufacturers and vendors seek to corner the market segment and produce the best foldable phone design possible. 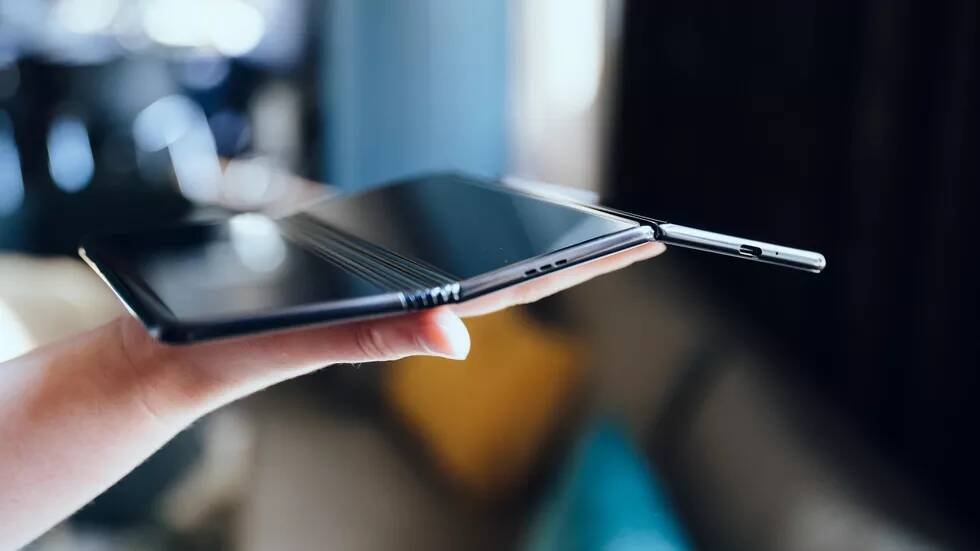