DIGITAL TRENDS: The Australian fridge market could be heading in a new direction after Haier announced that they have cut a deal with US Company Phononic to release a solid state refrigerator that is devoid of a compressor.

When Phononic first unveiled its plans for a solid-state refrigerator in 2014, semiconductor technology existed solely in devices such as LED lights and computers like Apple’s MacBook Air.

Since then, the implementation of such technology in fridges caught the attention of home appliance and electronics company Haier, which has since partnered with the company to develop an innovative wine cooler.

Haier is the Chinese Company that bought out Fisher + Paykell in Australia.

So what’s the big deal about solid-state tech in a fridge? For starters, a semiconductor-touting fridge would feature no compressor, no moving parts or cooling liquids, and would operate at a near whisper. Furthermore, the thermoelectric tech would allow the fridge to operate using 25 percent less energy than standard refrigerators while (likely) costing around the same price — despite being outfitted with next-gen technology. Currently, Phononic’s fridges are found in hospitals and science labs, though the partnership with Haier aims to bring its appliances to the consumer side later this year.

“They’re in production as we speak,” Atti said on US show Mad Money yesterday. “The beauty of the semiconductor innovation behind Phononic is we’re leveraging what semiconductors have done many times before. The transistor’s given us the IT world, the LED chip has taken out Mr. Edison’s light bulb. You’ve seen no change in compressors, heat sinks, and fans going on 100 years despite servicing $30 billion in global markets.”

Atti continued by acknowledging that any young company faces a hefty dose of skepticism when entering a massive market, a feeling quickly exemplified by Mad Money host Jim Cramer asking if Phononic’s fridges actually keep things cold. “One of the things about disruptors, every single case, I find it a little hard to believe … these are things that are not supposed to happen,” Cramer exclaimed.

However, while sharing a beer with the typically frenetic host, Atti proved that not only does Phononic’s tech have the ability to keep ale refreshingly chilled, but that it has all the elements needed to silence its doubters — hence the reason why an appliance titan like Haier jumped on board. He continued by revealing that Haier will conduct the final product assembly while Phononic will continue to manufacture the semiconductor components from its headquarters in Durham, North Carolina.

“The products that we’re pricing are at parity with products already on the market despite the fact that the performance features are superior, and we’re looking at attractive gross markets,” Atti continued.

While Cramer continued to drool over the tech as if it were one of Elon Musk’s Teslas — though honestly, who wouldn’t want one of these revolutionary fridges? — Atti said the first batch of Phononic slash Haier fridges will be available in China later in 2016. Cheaper, more efficient, and damn near impossible to malfunction; this isn’t just a new player in the refrigerator industry, it just might wind up being the only player. 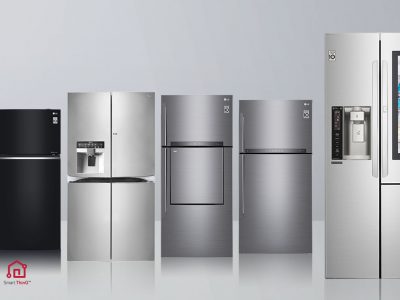