A new Ericsson report has found that safety and security-related devices top what consumers want in wearables.

Devices incorporating features such as panic buttons and personal locators attracted the most interest, according to the report, which canvassed the opinions of 5,000 smartphone users, of which 2,500 also are wearables users.

The report found that six in 10 smartphone users stated that wearables have uses beyond health and wellness.

The five most wanted wearables were found to be: panic/SOS button (32 per cent), followed by smartwatch (28 per cent), wearable location tracker (27 per cent), identity authenticator (25 per cent) and wearable water purifier (24 per cent).

Consumers have predicted a booming wearables market beyond 2020.

“Ownership of wearables among smartphone users in the surveyed markets has doubled in the past year,” Ericsson states. “However, consumers predict it will take at least another year for the current generation of wearables to go mainstream.

“A more diverse set of wearables, such as personal safety devices and smart garments, will go mainstream beyond 2020 – but when they do, a booming market can be expected. One in three smartphone users believe they will use at least five connected wearables beyond 2020.”

Wearable tech will also accelerate the convergence of the digital and human worlds, bringing people into IoT, Ericsson states.

“While consumers are confident that wearable technology will help them interact with objects in their surroundings, they also say that this technology may not necessarily be devices,” Ericsson states.

“Sixty per cent believe that ingestible pills and chips under the skin will be commonly used in the next five years – not only to track vital health data, but also to unlock doors, authenticate transactions and identity, and to control objects.”

“In five years’ time, walking around with an ingestible sensor, which tracks your body temperature and adjusts the thermostat setting automatically once you arrive home, may be a reality.” 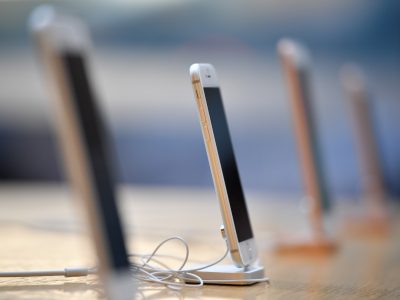