Samsung shares dipped straight after their launch last week with serious questions being raised about the commercial viability of their new Fold smartphone that is set to retail in Australia for $3,000, however that is irrelevant, what is now critical for Samsung is the success of the new Galaxy S10e S10 and S10+ smartphones and their new range of smart watches.

The premium priced Fold device sends the industry’s pricing model soaring to new heights with several leading industry publications questioning whether the early mini tablet sized smartphone with a glass display that can bend in half, allowing it to be closed like a wallet and fit in a consumer’s hand, pocket or purse will actually make it as a legitimate commercial product or whether at this stage it’s a novelty that consumers will look at but not necessarily buy.

The device incorporates six cameras and the ability to operate three apps simultaneously, and measures 7.3 inches diagonally when opened. It also boasts a second display, on the phone’s outside, where users can check emails and do other tasks.

For Samsung this was very much an exercise in “look what we can do’ but for retailers the big question now is more about what their new Galaxy S10 can do for them in a crucial Q3 and 4 as a General Election looms. They are hoping that Samsung can deliver where Apple failed.

The new Galaxy s10 range seriously opens up a gap between Apple and their third party manufactured iPhone and Samsung who have demonstrated that they are the masters of micro engineering and the development of cutting-edge smartphone technology.

This week Mobile World Congress kicks off in Barcelona and this event is set to be more about 5G and the future for smartphones. Huawei who are currently fighting a rear-guard security problem is also set to use MWC to spruik a similar foldable smartphone which they claim is the “next chapter in mobile innovation history”.

What Samsung did last week was to get in early ahead of the PR fest that MWC becomes as brands jockey for position and this is where Samsung excels with their fine-tuned marketing machine running rings around brands such as Oppo and Huawei who think splashing the cash with retailers is going to deliver them commercial success.

Questions have already been raised about the sales numbers for Oppo who have failed to respond to claims that they are in “third spot” behind Samsung are “pure Chinese fiction”.

Last night the 5G Huawei Mate X as their new foldable smartphone is called was accidentally leaked at MWC, as Chinese workmen put up a new billboard exposing the device in all its glory.

While it appears to be similar to the Samsung Fold, Huawei is claiming it as the “World’s Fastest Foldable 5G Phone”. Pricing for the new device has not been announced.

The new Galaxy S10 range is what is critical to Samsung Australia, while the S9 range was a success revenue wise, like Apple the pricing of the devices saw sales for the S9 and S9+ failing to reach the anticipated targets Samsung was hoping for.

For retailers and in particular carriers the new Samsung Galaxy S10 offering that is already getting “rave” first look appraisals, is a key product in the first quarter with retailers concerned over an NSW State followed by a Federal Election so a new cutting-edge product like the new Galaxy S10 range is critical in motivate customers into stores in what is traditionally a difficult sales period.

Some retailers have told ChannelNews that they are also concerned at the growth of Samsung direct sell kiosks in key retail malls some located right outside key retailers such as JB Hi Fi stores.

In The USA and several other Countries Samsung has moved to expand their direct sell retail stores with the opening of new retail stores in direct competition with retailers, they already have stores in Sydney and Melbourne.

Next Wednesday the manufacturer will open a trio of Samsung Experience Stores in upscale shopping malls in Houston, Los Angeles and New York

Samsung claim that they are using the showrooms to market its Galaxy line of smartphones — however they also carry a broad mix of consumer tech, including tablets, wearables and TVs. YH Eom, president/CEO of Samsung Electronics America and Tim Baxter’s successor, said the stores will serve as a “playground” where the brand’s fans can “learn about and try out all of the amazing new products we have to offer.” Traffic drivers will include immersive 4K gaming lounges, 4D VR demos and 8K TV displays.

But much to the chagrin of retailers who already showcase those wares, visitors will also be able to purchase the products, and receive tech and repair support similar to what Apple does at several direct sell stores in Australia.

US media claims that the new transactional stores, similar to what Samsung is already operating in Australia put Samsung onto a new path, one that was well-trodden by Sony.

In its market-share heyday, the vendor had built out a chain of 59 Sony Style retail stores that generated nearly $1 billion in annual revenue in 2008 and made the manufacturer the 20th largest consumer tech dealer in the country.

But within three years, the recession, the rise of Apple and Amazon, a weakened TV market and corporate retrenchment led to the first round of store closures, and Sony shut its last retail location in 2015.

Samsung Australia has not commented on their direct sell retail strategy however links on their online store locations do take consumers back to a Samsung direct sell web site. The Korean Company is also offering 0% interest free finance for the entire Samsung smartphone range including the $1,849 Samsung Galaxy S10+.

One senior executive of a major retailer said “This is something that we are having to live with. First it was Amazon that was a threat, now more brands than in the past are moving to sell direct. Time will tell as to whether their strategy works”. 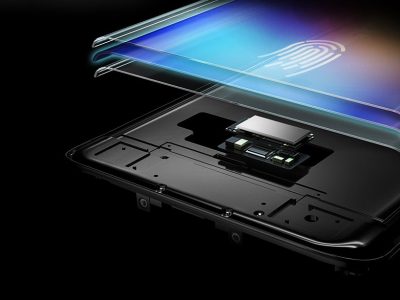