Australia Post has said it is contemplating new trials of its controversial parcel-delivering “robot”, despite the widespread derision of a previous trial in the Brisbane suburb of New Farm last year.

Sometimes described as an “Esky on wheels”, the robot is, in fact, a small sealed container on wheels that can trundle down footpaths to deliver a single package.

But it currently has to be accompanied by a human with a controller, who hopefully ensures that it doesn’t hit anyone, and it gets to the right address. When it does, a call has to be made to the parcel recipient, who hopefully exits the building, opens the “Esky” and retrieves the package. The robot was derided in a number of publications. Queensland University of Technology robotics expert Peter Corke, for one, pointed out some of the robot’s limitations.

The mobile parcel locker requires supervision by an Australia Post employee and it can only carry one parcel at a time, he said “The fact it needs a human minder clearly makes it uneconomic,” he told The New Daily.

“To require a robot and a human to deliver one parcel when one guy in a truck can deliver a number of parcels without a hitch is not worth it. At face value, it doesn’t sound very useful.”

auspost, auspost robot, australiapost, robot
You may also like

Amazon Ban FedEx For Being ‘Too Slow’ 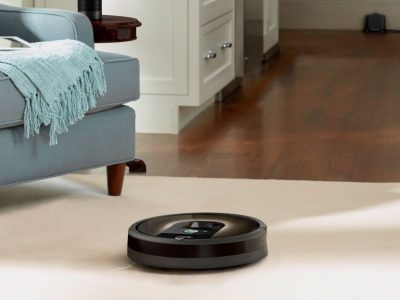 Govt Pours Extra $1.2bn Into Digital Economy
Industry Latest News
//
Jake Nelson
/
Comments are Off
The Federal Government has announced a $1.2 billion plan to boost Australia’s digital economy as the country emerges from the... Read More