The new Samsung Galaxy S9 and Samsung Galaxy S9 Plus are tipped to look very similar to the current S8 models, where the big changes will come will be under the bonnet with the Korean Company set to launch new processors, two new camera sensors and a brand-new circuit board and a bigger battery.

Set to be unveiled at Mobile World Congress at the end of February and on sale in Australia in March 2018 the big question is whether Samsung has moved the rear fingerprint sensor which users claimed was in a “difficult spot” to operate efficiently.

The OLED display screen will be 5.77 inches and 6.22 inches respectively for the S9 and S9 Plus. According to sources the quality of the display has been improved over the current model S8 with the new model set to have a smaller bezel.

Changes that we are aware of include upgrades to the rear-facing cameras – the single-sensor will have an f/1.5 to f/2.4 aperture, with the S9 Plus there will be two sensors in the one camera as well as the same aperture as the S9. This is designed to deliver a sharper image while also managing light input better.

the front-facing cameras will be 8MP, the S9 version includes an iris scanner whereas the S9 Plus version has a separate module for eye scans. 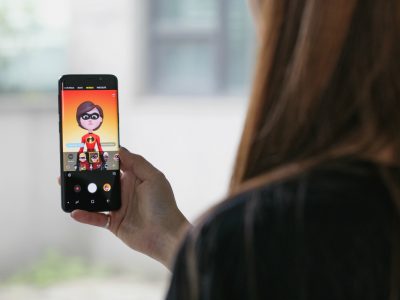