The brand is set to be launched later this year in Australia now U.S. regulators have warned consumers to stop using a Peloton Interactive product because it’s been deemed “dangerous”.

The Companies Tread+ exercise machine is being investigate for incidents of injury or death and investigators now believe the product to have been responsible for injury to young children and pets in homes where the product has been set up.

In an effort to ramp up exposure in Australia the Company recently hired Karen Lawson, 48, as the country manager.

She was previously managing director of Spotify in Australia and chief executive of corporate accelerator Slingshot.

The US fitness start-up announced last month that it would be launching in Australia in the second half of this year.

The U.S. Consumer Product Safety Commission has real concerns about the product which when launched could attract the attention of Product Safety Australia.

The latest warning prompted the chairman of the US Senate’s consumer protection subcommittee to call for the treadmill to be recalled.

“Peloton must immediately cooperate with the CPSC to recall its dangerous and deadly treadmill,” said Senator Richard Blumenthal, a Connecticut Democrat.

“Amid dozens of incidents of hurt kids and pets — with broken limbs, brain injuries, and death after being pulled underneath the machine — it’s clear that the Peloton Tread+ must be recalled.”

Peloton said in a statement that it was “concerned” by the commission’s warning.

The company has issued repeated safety warnings about the Tread+ since learning of a child’s death linked to the device in March and another incident that resulted in significant injury.

The warning from the U.S. CPSC also follows a Washington Post report that Peloton had been in talks with regulators about the release of a warning on the machine. The company said in its statement that it had invited the CPSC to make a joint announcement on the dangers of not following the safety instructions.

Peloton Explains Its Plans For Australia 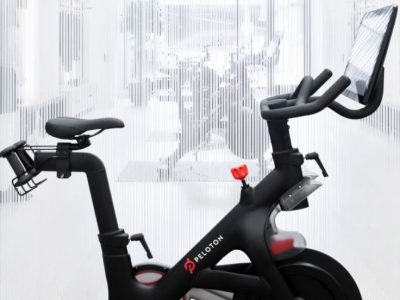