Huawei has moved to take on both Samsung and Apple in the premium smartphone market, with the launch a new $899 Huawei Mate 10 and Mate 10 Pro, that will sell for $1,100.

The unlock key is a new Chinese developed engine that the Company claims is superior to their competitors and delivers “superior image capture”.

One of the biggest claims is that Huawei’s AI processing will be able to significantly reduce the phone’s performance degradation over time, which the company has identified as a major problem with Android devices in general.

During an exclusive briefing with both ChannelNews and SmartHouse we were able to get a hands-on look at the two new devices last week, we also saw the devices at IFA in Belin last month.

The new object-recognition capabilities built into the Mate 10 Pro help them take better photos than the competition claim Huawei. Many smartphone cameras make automatic tweaks to the images they take, but Huawei suggests its technology takes this to the next level.

In a direct shootout with the Samsung Note 8 the Huawei Mate 10 Pro which comes with a 6in (15cm) OLED screen, there is also a slightly smaller 5.9in LED version, was not able to deliver a superior picture.

At first the images we shot appeared to have a yellow tint.

When we turned off the HDR setting the image was on par with an image shot indoors with the Samsung Note 8 but not superior.

The standard Mate 10’s sharper 16:9 screen looks good and the device feels good in the hand.

The Pro has 6GB of RAM and 128GB of storage, while the Porsche Design model comes with 6GB of RAM and ups the storage to 256GB.
The Mate 10 is 8.2mm thick and has a fingerprint sensor below the screen.

Huawei says it trained the Mate 10’s camera-controlling algorithms with more than 100 million pictures to teach them to recognise different scenarios and items.

Huawei claims that the engine can distinguish between cats and dogs in a split-second, allowing it to automatically tweak how their fur and eyes appear in an image, we had neither a dog or cat to test their theory.

Their engineers claim that because cats’ eyes are more reflective than dogs’, in bright interior light and sunlight the camera adjusts down the ISO level when a close-up of the animal is being taken.

To take account of differences in the type of hair or fur the pets have, the software alters the image sharpness via the amount of noise reduction it applies since the camera has been trained to expect cats to be smaller than dogs, it also makes an adjustment to the depth of field.

The architecture of the NPU is a specialised part of the chip designed to handle matrix multiplications at speed – a type of calculation used by artificial intelligence neural networks, which attempt to mimic the way the brain works.

“Without doing lots of tests, it’s difficult to tell how much value this really adds to the camera capabilities,” said Ben Wood, from the technology consultancy CCS Insight.

Huawei says the inclusion of an NPU in its chip allows it to recognise about 2,000 images per minute.
That is about double the rate that the new A11 processor in the iPhone 8 would be able to handle, Huawei says.

“I don’t believe most consumers understand what AI is,” said Mr Wood. “So, if Huawei intends to market the new phones around the technology, it will have to clearly articulate what the benefits are beyond it just being the buzzword of the moment.”

Huawei who is currently trailing several brands in Australia is struggling to gain market share as new competitors like Nokia enter the market and HTC get a new lease of life as they cuddle up to Google.

In Australia, the Huawei Mate 10 will be available through Vodafone and the open channel in black from November 15th. It will be priced at an SPR of $899.

The Huawei Mate 10 Pro will be an Opus-exclusive, available only in blue. 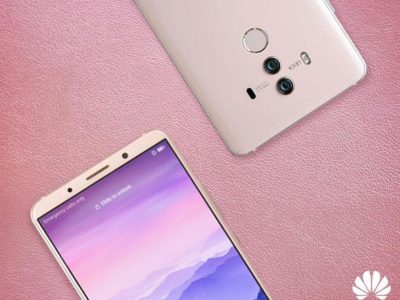