Montblanc have announced their first ever smartwatch with the Android Wear-powered Montblanc Summit.

Joining Tag Heuer’s recently announced Connected Modular 45 at the luxury end of the market, the Montblanc Summit shares similar specs to its competitor’s offerings. Both feature a 1.39-inch AMOLED display with a 400×400 resolution, and both were built in collaboration with Google.

The Montblanc Summit uses a Qualcomm Snapdragon Wear 2100 processor, and combines Montblanc’s experience with traditional watches and “the most advanced technologies on the market” according to the company.

“Nothing compares to the sensation of traditional fine Swiss watchmaking but, in a fast-moving world, being able to access all kinds of information digitally has become essential,” said Montblanc International CEO Jérôme Lambert.

“Montblanc Summit bridges these two worlds with a simple and highly functional product that gives its owners the freedom to have it all,” Lambert said.

Montblanc have built IP68 water resistance into the Summit, along with a heart-rate monitor, gyroscope, compass and barometer, but features like NFC, LTE and GPS found on other smartwatches at lower price points are missing.

Eight different straps will be available at launch, including Rubber NATO, calfskin leather and Sfumato calfskin leather straps in a number of colours. A standard 22mm attachment also allows straps from other manufacturers to be used.

The smartwatch is somewhat bulky with a 12.5mm height, and unlike other offerings from Samsung, Apple and LG, most interactions will need to be made through the touchscreen due to a lack of a rotating crown or bezel.

The Montblanc Summit will be available in May with prices starting at US$890. Australian pricing and availability has not yet been confirmed.

Luxury, Montblanc, Montblanc Summit, smartwatch
You may also like 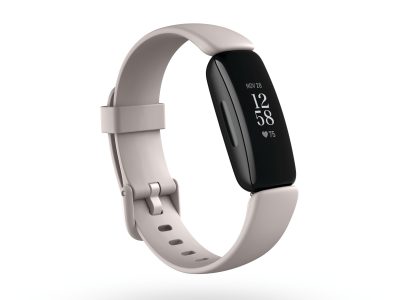 Review: The Fitbit Inspire 2 Is An Entry-Level Fitness Tracker That Combines Style With Comfort