For more than a decade Skype has been a rock-solid app used by tens of millions to communicate, then Microsoft acquired the business, now Skype is a total mess after what Microsoft claims was a “rebuild from the ground up” by people who have been labelled “idiots” and out of touch with the target audience who actually use Skype.

Skype which allows users to communicate over the Internet using a webcam, instant messaging and via low cost voice calls had become popular because it was easy to use, cheap and it worked.

Reviews of the new Android and iOS versions of the app have been “terrible”, even those posted to the Windows App Store have been scathing of Microsoft’s attempts to re engine a product that was not broken, into a youth-oriented social media app along the lines of Instagram or Snapchat, rather retaining it as a solid consumer and business communications tool.

Microsoft who has a shocking reputation for “screwing things up” as one analyst said has not responded to the tyranny of complaints in Australia.

First released in August 2003, Skype was created by the Swede Niklas Zennström and the Dane Janus Friis. Then in September 2005, eBay acquired Skype for $2.6 billion.

Four years later Silver Lake, Andreessen Horowitz and the Canada Pension Plan Investment Board announced the acquisition of 65% of Skype for $1.9 billion from eBay.

Then in May 2011 Microsoft pulled out their big fat cheque book and bought Skype for $8.5 billion.

Headquartered in Luxembourg, most of the development team and 44% of all the division’s employees are in Estonia.

Skype originally featured a hybrid peer-to-peer and client–server system, then Microsoft chose to power the network using super nodes. In 2013it was revealed that the US software Company had delivered carte blanche access to Government intelligence agencies including in Australia open access to the Skype network.

In 2016 moved to transition its Skype clients from being a peer-to-peer service to a centralized Azure service and adjusted the user interfaces of apps to make text-based messaging more prominent than voice calling, users hated it.
During 2016 and throughout this year Microsoft has delivered fix after fix to Skype much to the annoyance of users.

Then last month Microsoft declared that it had rebuilt its Skype app “from the ground up.”

Now users and app reviewers are tearing it down claiming that Skype has been destroyed.

The Skype Android phone now has wriggly lines that revolve while one is trying to make a call, hearts that appear in the middle of a call and ‘Awesome’ images that appear during a conversation.

During a recent call, I was on to a person who was telling me how sick they had been an “Awesome” image appeared on the screen.

“This new app is absolutely terrible,” observes an individual posting to Google Play under the name Külli Kelder. “Skype is mostly used by people for professional use or for connecting with friends far away. This looks as far from simple and professional as it can be. Skype does NOT need to be Snapchat.”

The Skype team clearly has a different view of its work. “We think it’s the best Skype we’ve ever built – inside and out – and it’s been designed to make it easier for you to use for your everyday communications,” the company said last month.

Out of 20 reviews posted to the iTunes App Store, 19 out of 20 recently posted reviews awarded star out of five. The other is two stars.

“This is the worst update ever!” remarks an individual posting under the name “sc4stock.”

After this article was published, a Microsoft spokesperson got back to us, suggesting the software giant appreciated the feedback.

“Last month we launched the new version of Skype to offer new and exciting ways to keep in touch,” the spinner said. “We know this was a big change and we welcome feedback along the way. We’re confident that as we continue to listen to users and provide updates to the app with new features and functionality, we’ll be able to keep improving the experience.”

Since the upgrade Skype has been suffering connectivity issues which began on Monday, June 19th, and are continuing even today. After hours of downtime last month company confirmed the issue via a blog post and tweet, which stated that an incident was causing users to either lose connectivity to the application or lose their ability to send and receive messages.

Some users were also unable to see a black bar indicating an ongoing group call, while others may have had delays in adding users to their buddy list, Microsoft’s post said.

Ryan Olson, threat intelligence director of the Palo Alto Networks Unit 42 threat research team, said at the time that there was no firm evidence that the Skype network failure was the result of any particular attack.

The interest aspect of this is that Microsoft did not research their customer first prior to letting a bunch of kids loose on an app that is used sand loved by millions.

Now millions of people are migrating to Google Hangouts to communicate. 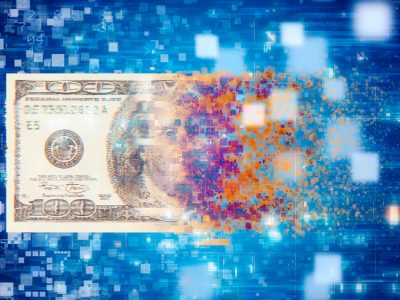