Microsoft who is doing everything within their power, to nobble the popular Google Chrome, in an effort to get Windows users to use their Edge Browser has been slammed after they introduced a built-in “buy now pay later” Zip unction in its unpopular browser.

The big software Company who are also trying to lock people into their Office 365 offering have been criticised for their risk of users getting into debt.

Microsoft has added one provider to the checkout page of shopping sites as a default payment option.

The new feature inserts the payment option “at browser level”, so that it appears as a payment method next to the credit card field at checkout.

It integrates with Zip’s payment system to let any purchase between $35 and $1,000 be split into four payments over six weeks, subject to approval.

The BBC claims that users have accused Microsoft of greed and a “cashgrab” mentality.

Thanks to a user-based tagging system, those accusations have been turned into tags on the official announcement.

As a result, Microsoft’s blog post now features tags such as “poor leadership”, “exploitative”, “garbage” and an “embarrassment”.

“It’s not like Microsoft needs the money to fund the browser development,” said one user.

Another user calls it an “awful idea that will only be seen as a shameless cashgrab”.

“The negative press this feature is going to receive isn’t worth it,” it they said.

Microsoft says it “does not collect a fee for connecting users to loan providers” and it is not clear what benefit the company is receiving from the deal struck with payment provider Zip. Users, however, accused Microsoft of trying to make money.

“Please stop bloating the browser with these revenue grabs,” one commenter wrote.

“It’s like you’re recapitulating the worst [Internet Explorer] browser extensions from the 90s/00s and installing them by default.”

It is planned to be released to “all users” in a future update.

Microsoft said the new feature is marketed as allowing “shoppers to get their purchase up front, instead of having to wait until it’s paid in full”.

Because the option is baked into the browser, it is put on websites without permission from the site owner. The only way to opt out is to contact Microsoft and ask for it to be removed.

The browser comes pre-installed with Windows, and the set-up process for the latest version – Windows 11 – heavily encourages users to stick with Edge over competitors such as Chrome or Firefox.

Despite that, Microsoft has failed to recapture the significant proportion of the web browser market it once held at the turn of the millennium. Modern estimates suggest that it has less than 10% of the desktop web browser market, losing out to Chrome and Safari.

Zip In Merger Talks With Sezzle 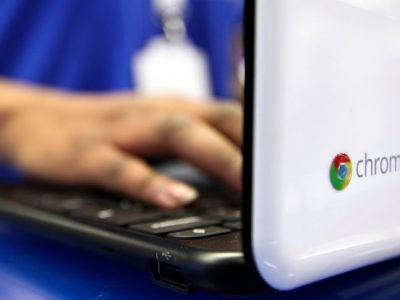