You don’t want to bask in the aural precision of a high-performance McIntosh amplifier while it sits on a dodgy milk crate in the corner. You’re not a uni student anymore. That’s why the audio specialists have crafted dedicated products to provide their premium equipment the throne they deserve.

As an added bonus, the AS125 and AS901 amplifier stands don’t just do an exemplary job, they look a treat while they’re at it.

Engineered to provide optimum support for McIntosh’s highest performance monoblocks, they can still work for McIntosh integrated amplifiers and other hi-fi components.

Looking after your equipment as well as the planet, both are crafted from sustainably sourced solid white ash, which provides a high level of strength and durability, while also offering resistance to scratches and dents.

They’re both made from a 7.62cm-thick primary slab which is then finished with coats of jet-black stain as well as a catalysed lacquer topcoat which adds to the depth and vibrancy. This also helps it complement your McIntosh separate.

Then, the four feet boast protective pads to minimise vibration and protect surfaces – no, not that old milk crate.

There’s also a McIntosh logo faceplate that illuminates via the rear-mounted power control ports, with both models providing in and out jacks on the back.

These aren’t petite little things, though. The AS125 weighs in at 12.2kg, and is 45.2cm wide, 10.3cm tall and 45.7cm deep, to provide ample support for McIntosh monoblocks or integrated amps.

The AS901, meanwhile, provides extra heft and is specifically designed for the McIntosh MC901 Dual Mono Amplifier. It’s the same width and height as the AS125, but adds an extra 30cm in depth, which makes it the same length as the MC901. It also adds weight, coming in at 18.9kg.

McIntosh Gets Into Bed With Control 4 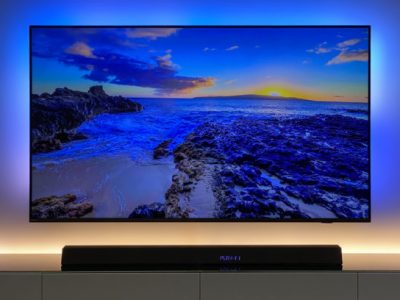