Today, JB Hi-Fi has announced that Greg Richards will retire as Chairman of its Board and as non-executive director on 30 June this year.

Richards has been a director of the company since December 2007 and Chairman since May 2012 and said the company was well positioned for a strong future under his successors lead.

‘It has been a privilege to have been involved with JB Hi-Fi and The Good Guys, their people and their culture. I believe the Company is well placed for the future and I have great confidence in Stephen taking over as Chairman,’ he said in a statement.

Stephen Goddard, who was appointed to the Board of JB Hi-Fi in 2016 and has been a member of the Audit & Risk Management Committee since that time, is set to take the reins of Chairman upon Richard’s retirement.

‘On behalf of the Board I would like to thank Greg for the role that he has played as both a director and as Chairman of the Company,’ Goddard said.

‘He has made a huge contribution to the growth and performance of JB Hi-Fi and we wish him all the best for the future. I am very much looking forward to taking on the role of Chairman and continuing Greg’s good work.’

Goddard was also recently appointed to the Company’s Remuneration Committee and will take over as Chair of the committee upon Richards’ retirement. He will step down from the Audit & Risk Management Committee when he takes over Richards’ role.

With more than 30 years’ retail experience and having held senior executive positions with some of Australia’s best-known retailers, Goddard is poised to be a successful Chairman.

His previous roles include Director and Operations Director for David Jones, founding Managing Director of Officeworks and various senior management roles with Myer.

‘Greg has made a significant contribution to JB Hi-Fi’s success over the past 12 years. As Chairman, his guidance and counsel to the Executive team have been invaluable and very much appreciated,’ Murray said.

‘On behalf of all team members across the Group I thank Greg and wish him all the best for the future. I look forward to working with Stephen in his new role as Chairman.’ 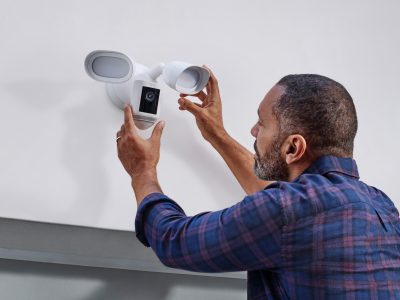 Is Service Subscriptions, The Next Big Thing For CE Retailers