Harman has some of the best premium lifestyle audio brands in the world, but in Australia you would never know it.

The Impressive JBL speakers failing to get traction in Australia

While the Harman consumer brands such as AKG, JBL and Harman Kardon who will soon roll out a new Citation range in Australia are flying out the door, it would be hard to say the same for the Companies JBL Synthesis, Mark Levison, Revel, Lexicon and Infinity range of premium products that are distributed by struggling Sydney based distributor Convoy International.

Convoy who are also struggling with supply issues of their Lenbrook range of consumer products including NAD, PSB headphones and their 24bit Bluesound, sound bars failed to appoint a sales director for more than 18 months following the death of founder Geoff Mathews.

Earlier this year Connected Media was handed the distribution for the Lenbrook range of Bluesound Pro products.

Now speculation has it that Harman which is owned by Samsung is set to review distribution arrangements in Australia for their premium lifestyle products with two distributors telling ChannelNews that they are interested in the Harman business.

Back in 2016 Harman took their mainstream consumer business away from Convoy International due to poor sales and a lack of traction at retailers such as JB Hi Fi, and Harvey Norman.

The prior year Marcus Fry the former Logitech Country Manager was hired he ended up setting up a local Harman subsidiary and within a couple of years Harman products such as JBL and Harman Kardon surged with their sound gear now taking the #1 slot in Australia.

Under Convoy International the Harman brands struggled to get into the top six behind brands such as Sennheiser, Bose and Sony and in 2019 Harman eventually were forced to take their support business away from Convoy.

A year after Harman consumer business left Convoy UK sound Company Bowers & Wilkins walked and within 18 months after setting up a local subsidiary and after an extensive culling of the old Convey retailers the Company witnessed a significant lift in sales.

Today, they are one of the key premium audio brands in Australia who is benefitting from a lack of marketing for Harman Lifestyle products.

At one stage US cable and headphone Company Monster was a major client of Convoy in Australia, they finally gave up on the local distributor after a disastrous $150 ,000 party to launch one of their new headphones failed to deliver sales growth. They ended up giving their business to the Harvey Norman owned distribution Company Ariston.

Convoy International have not commented, however we do know that several competitors approached Convoy International prior to the death of Geoff Mathews with a view to buying the business that at one stage reported a $6M loss following the exit of several brands.

COMMENT: What Are The Implications Following Shock Klipsch Move? 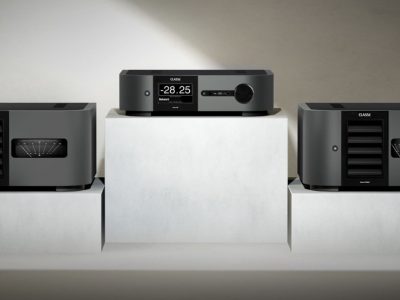